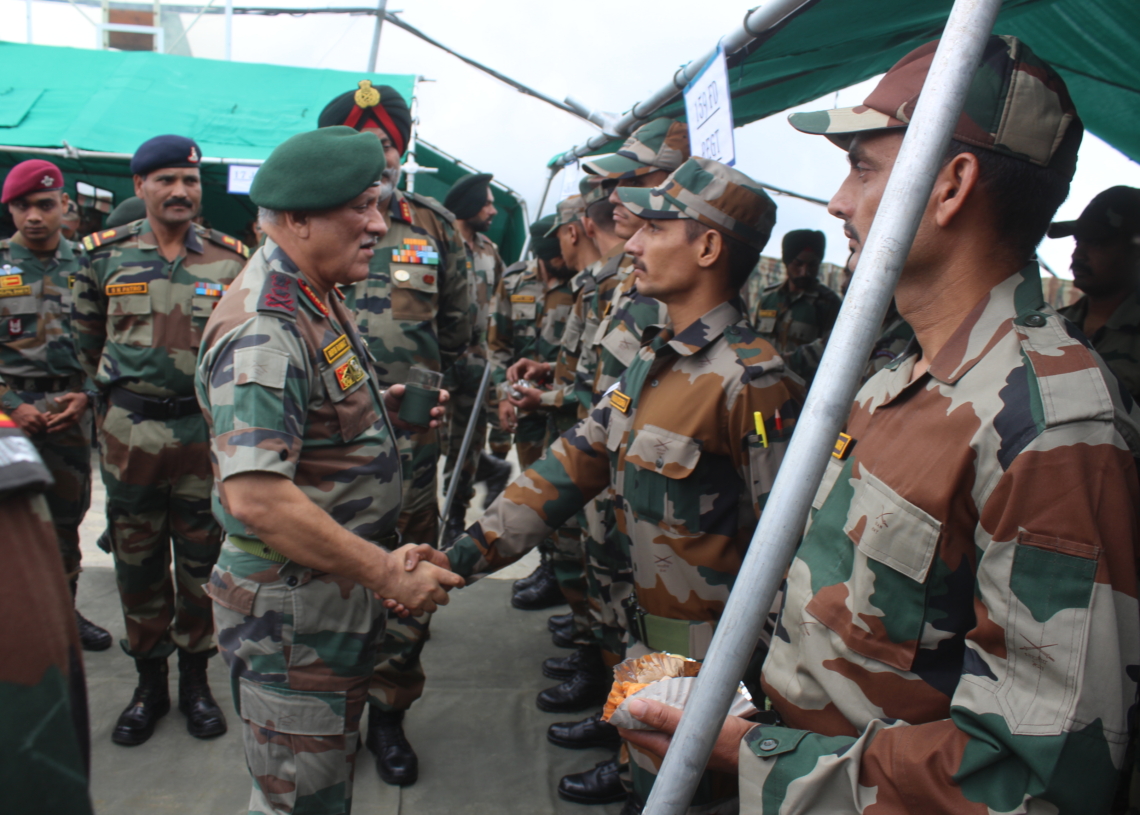 Army chief General Bipin Rawat on Friday reviewed the operational preparedness of the forces along the Line of Control (LoC) in the valley on the first day of his two-day visit to Jammu and Kashmir.

This is General Rawat’s first visit to the state where restriction are in place since August 5 after the revocation of provisions of Article 370.

Soon after his arrival, General Rawat visited forward areas along the LoC, an Army official said.

The official said the Army chief interacted with the commanders and troops on ground who briefed him about the operational preparedness of the troops, especially along the LoC.

The Army chief is likely to be briefed about the situation in the hinterland during his interaction with senior officials at Badamibagh headquarters of the Srinagar-based 15 Corps, the official said.