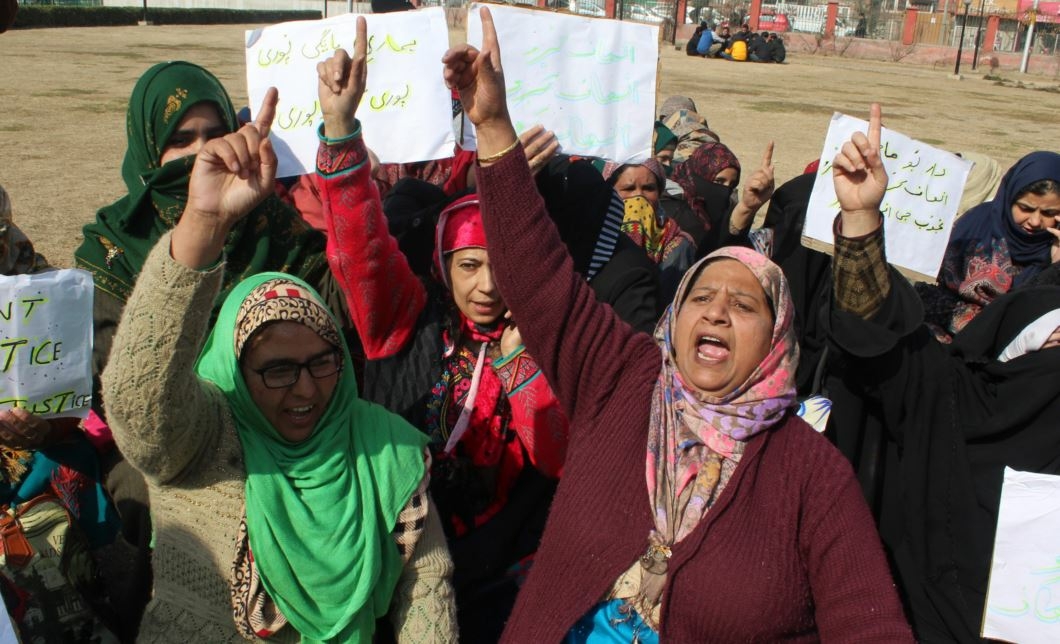 Srinagar, Feb 01 : Anganwadi workers and helpers of the ICDS projects of State Social Welfare Department Thursday staged protest to press the government over their demands.
Scores of Anganwadi workers and helpers of the ICDS projects assembled at Srinagar’s Pratap Park and chanted slogans in favour of their demands.
The protesters were demanding government to enhance their monthly honorarium, fixation of final seniority lists, holding of immediate DPC meeting to clear all the pending promotions of the supervisors and implementation of new pension scheme to workers and helpers.
They were protesting under the banner of J&K National Trade Union Front.
Tasleema Subhaan, State President of J&K National Trade Union condemned what she termed as the ‘anti workers policies’ of the Government and the higher authorities of ICDS.
She said that the government has failed to fulfill its promises done with the thousands of workers. “We have been pressing for our demands from past several months but unfortunately, the state government is not paying heed over our demands. Thus, pushing our families to face hardships,” he said.
Subhaan said that the government must enhance their monthly honorarium at an earliest so that the workers here could heave a sigh of relief.
The protesters also demanded provision of gratuity at the time of retirement at the age of 65 years, implementation of free group insurance schemes and harassment of workers and helpers should be stopped.
They also appealed the government to fulfill their demands.