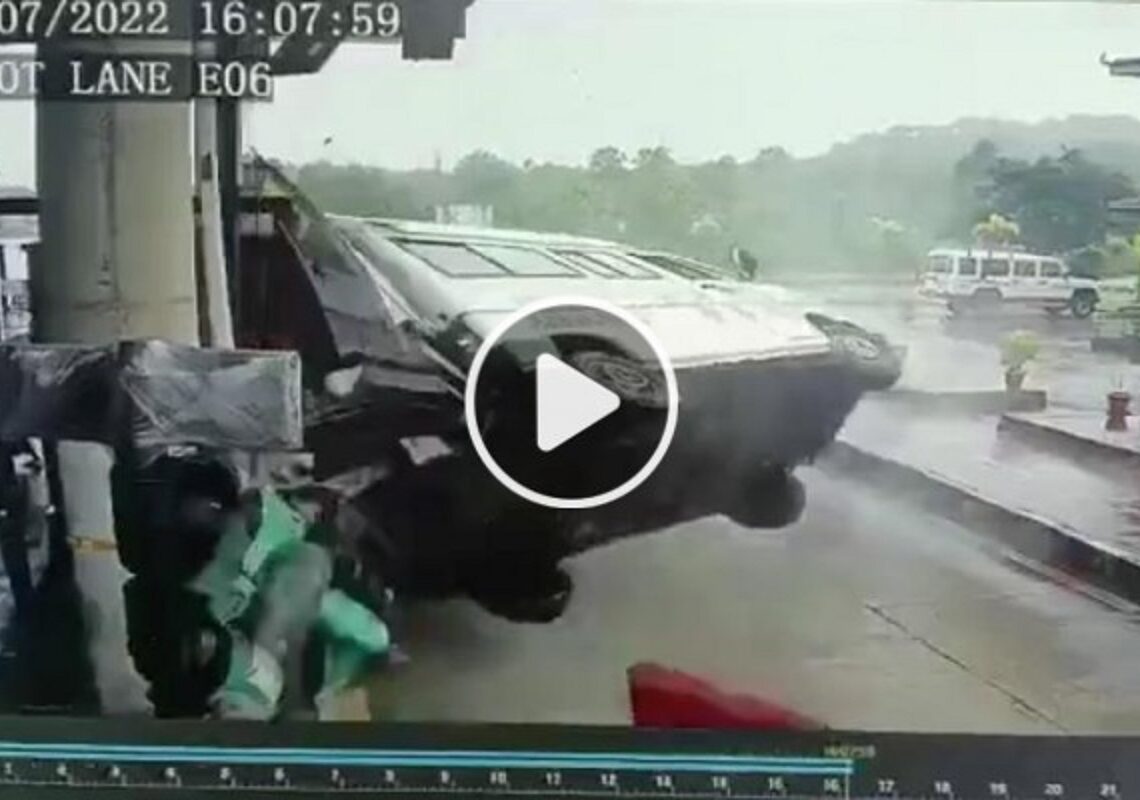 Ambulance accident viral video: Four people were killed and another person was injured on Wednesday when an ambulance travelling at a high speed lost control while crossing a tollbooth in the Shiroor area of Udupi district in Karnataka.

The horrific accident was caught on the CCTV camera installed at the toll booth. The video shows the toll booth employees removing the barricades for the ambulance to cross freely.

Seconds later, the speeding ambulance comes through. However, given its high speed and the rainy road, it loses its balance while trying to avoid a footpath. It swerves crashing into the toll booth while ramming into one of the booth employees who was removing the barricade.

Four people including the toll booth employee, the patient, and the two attendants lost their lives in the mishap. The driver is in a serious condition and is being treated at the nearby hospital.

The ambulance, a large van had aquaplaned on the wet road after its tyres lost traction. Aquaplaning occurs when a layer of water builds between the tyres of the vehicle and the road surface, leading to a loss of traction that prevents the vehicle from responding to control inputs.