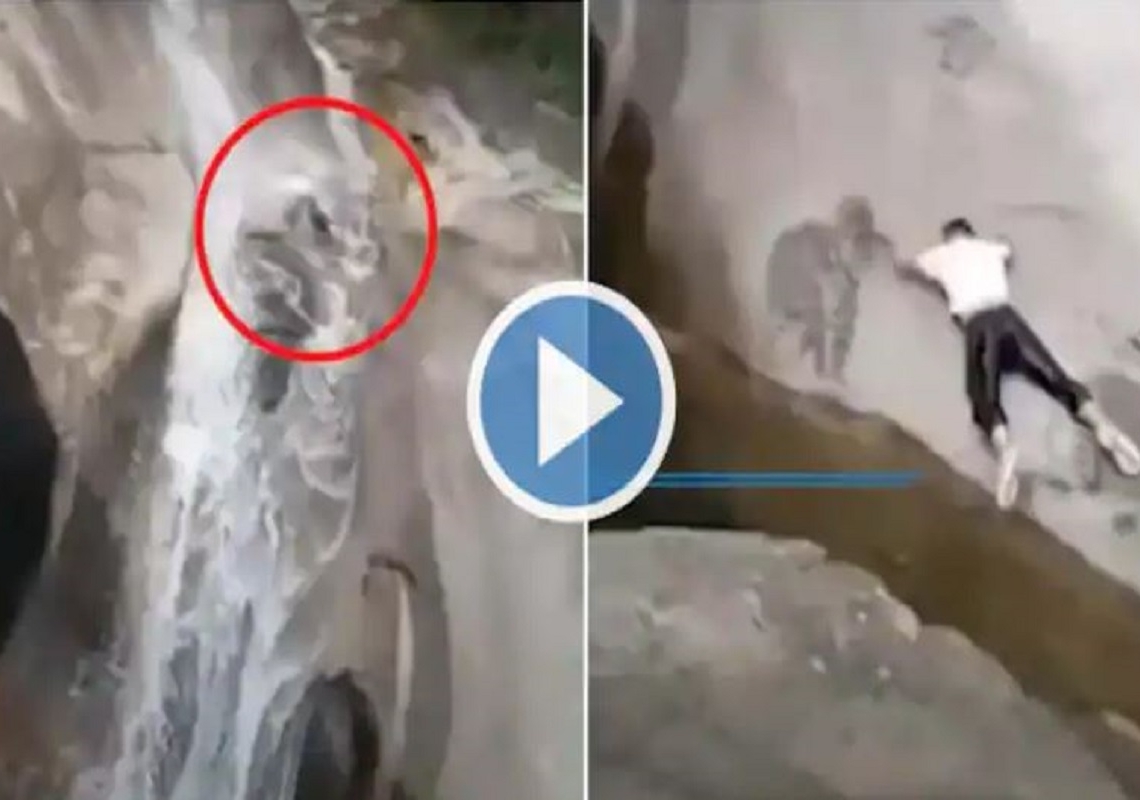 Viral Video: Those chasing thrill and adventure often forget the dangers associated with it. In an attempt to look cool, such people often push their limits and ignore warning signs. That’s what happened in China’s Jiujinggou scenic spot in Susong County when a man fell down a swift stream of water and hit a bed of rocks. The incident happened on Monday when a man entered a prohibited area in China to attempt a stunt and it went horribly wrong.

ALSO READ: Girl who gave her exams in bridal lehanga: Story behind the viral picture

The video shows the man running across the slippery stones at the top of the waterfall. However, he lost his balance and slid down the water at high speed until he landed in a shallow-looking pool filled with rocks.

“He is falling down! Oh my god!” a person is heard saying in the clip shared by South China Morning Post on Twitter, as others rush to help him. “This is why you should respect warning signs,” read the caption of the tweet.

Thankfully, he survived the fall with only a few minor scratches. Netizens were left stunned that he only ended up with minor injuries after falling from such a height, while others rebuked him for ignoring the warning sign and attempting such a stunt.

As per local media, people are prohibited from entering the waterfall area and warning signs are also placed at the site.