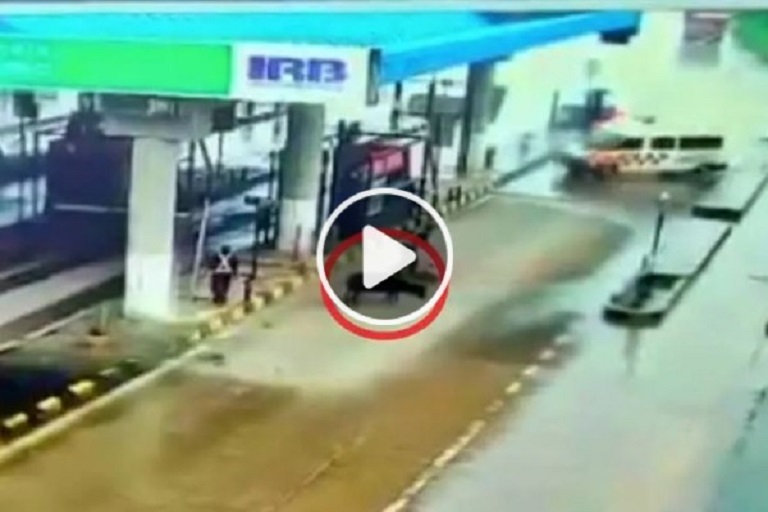 A stray calf sitting in the middle of the road was seemingly the reason for the horrific accident that involved an ambulance swerving and crashing into a tollbooth killing four people in the Shiroor area of Udupi district in Karnataka on Wednesday afternoon.

Apart from the main CCTV footage of the accident that has gone viral on social media, a second CCTV clip from a different angle reveals one of the tool-booth employees trying to push the stray animal away seconds before the speeding ambulance approaches the booth. As the animal refuses to budge for a second, the driver of the speeding ambulance, it seems, sees the stray and tries to avoid it from a distance ending up losing control of the vehicle which swerves and crashes into the tollbooth.

The first video showed the toll booth employees removing the barricades for the ambulance to cross freely. The ambulance rammed into one of the booth employees who was removing the barricade. He was among the four people losing their lives in the mishap. The rest included the patient and the two attendants. Three people were flung out of the ambulance as it toppled over and crashed to a halt. The cow miraculously escapes unhurt in the accident and is seen walking away.