Altaf Bukhari directs release of 50% budget for procurement of ration 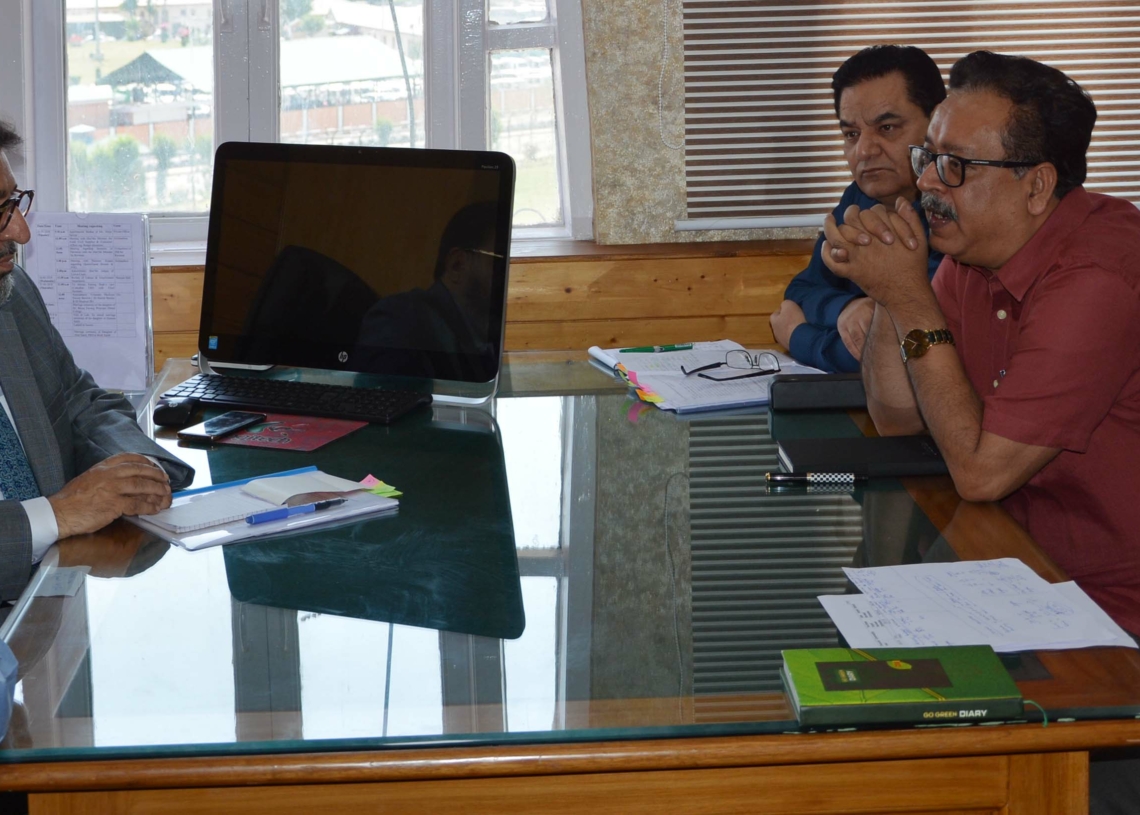 SRINAGAR, MAY 29:: Minister for Finance, Labour and Employment Syed Mohammad Altaf Bukhari on Tuesday directed to release 50 percent budget to the department of Food, Civil Supplies and Consumer Affairs (FCS&CA) for the procurement of ration for consumers of the state.
The Minister passed this direction in a meeting chaired by him to review the budget allocation for the purchase of ration for the state. The meeting was attended by Minister for Food, Civil Supplies and Consumer Affairs Mohammad Ashraf Mir, Principal Secretary Finance Navin Kumar Chaudhary, Secretary FCS&CA Dr Abdul Rashid and other senior officers of the department.
The minister directed early release of the funds so that the ration can be purchased in advance and at earliest for the convenience of the consumers of the state.
It was decided in the meeting that FCS&CA will provide wheat to the consumers instead of flour and the department will accordingly give discount in the rates to compensate grinding charges.
The meeting further decided to procure the ration including sugar as soon as possible at the cheaper rates and the advance ration may be stocked in far flung areas including Kargil, Leh and Ladakh by August this year.
The meeting discussed threadbare the issues regarding the procurement of food grains including rice, wheat and sugar and the allocation of funds for the same.
Bukhari further urged the officials to expedite the process of procurement and subsequent stocking at earliest sothat people do not suffer any hardships.
He said the government is committed to provide quality food grains to the consumers and urged the officials to take extra care to ensure quality food grains are supplied to the state.

Clear liabilities under MGNREGA, other schemes before Eid: Veeri to RDD