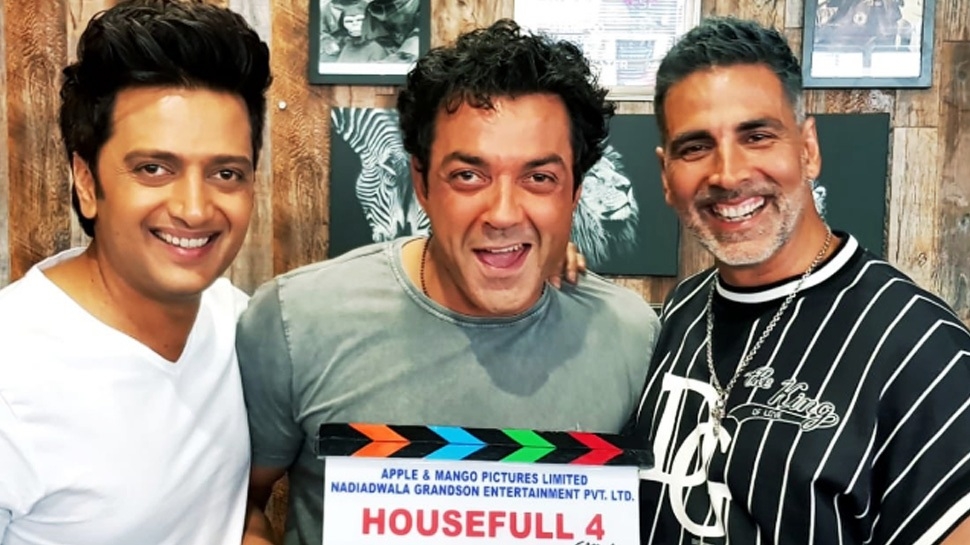 Akshay Kumar, Riteish Deshmukh and Bobby Deol are all set to tickle your funny bones yet again with ‘Housefull 4’. The first two instalments of ‘Housefull’ received a thumbs up from the audience as well as the critics. Even though the third part received mixed reviews, it still managed to rake in the moolah at the Box Office. After such success, expectations from the fourth one are quite high.
Akshay took to Twitter to announce the commencement of the shoot. He wrote, “It’s time to be a Silver Fox, break @thedeol’s funny bone and play every game under the sun with my buddy @RiteishD!! Because the Boyz are Back with 4 Times the Fun #HouseFull4”
As per reports, the movie will also star ‘Shaadi Mein Zaroor Aana’ fame Kriti Kharbanda, actress Kriti Sanon and Pooja Hegde.
The franchise began with Housefull on Apil 30, 2010 and had Deepika Padukone, Lara Dutta and Arjun Rampal on board. Housefull 2 hit theatres on 6 April 2012 while the third instalment released on 3 June 2016.
Meanwhile, the fourth instalment of the film is touted to be the first Indian comedy which would release in 3D and also the most expensive Indian comedy films of all time.
As per Nadiadwala Grandson Entertainment, the film will be themed on reincarnation and will hit the screens during Diwali 2019.