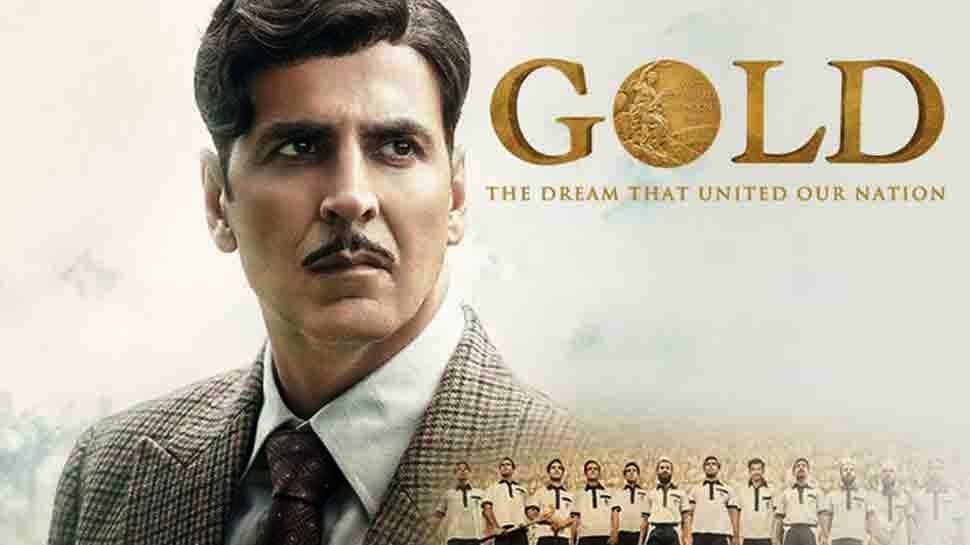 Bollywood Khiladi Akshay Kumar’s latest sports drama ‘Gold’ has managed to hit the bull’s eye at the Box Office. ‘Gold’ which released alongside John Abraham’s ‘Satyamave Jayate’ witnessed an extraordinary start and saw an opening of Rs 25.25 crore.
The film has become the third highest grosser of this year after Rajkumar Hirani’s ‘Sanju’ and Remo D’Souza’s ‘Race 3’.
Noted trade analyst Taran Adarsh shared the collection of the film, writing, “#Gold has an EXTRAORDINARY Day 1… Takes a FAB START at plexes across major centres… Wed ? 25.25 cr. India biz.”
‘Gold’ marks the Bollywood debut of television diva Mouni Roy, who won a million hearts as Parvati in the television show ‘Devon Ke Dev Mahadev’. Later, she left viewers spellbound by essaying Naagin in Ekta Kapoor’s super-natural show that revolves around the revenge saga of a shape-shifting snake woman.
Helmed by Reema Kagti, ‘Gold’ hit the screens on Independence Day. The film is based on the life of a sportsman who was a part of the Hockey team that won the Olympic medal for India post independence for the first time at the Games of the XIV Olympiad, London in 1948. Set at the backdrop of India winning its first gold medal in hockey as a free nation in the 1948 Summer Olympics, the film promises to be yet another big one from Akki.
It has an ensemble cast that includes actors like Kunal K Kapoor (as Samrat), Vineet Singh (as Imtiaz), Sunny Kaushal (as Himmat Singh) and Amit Sadh (as Raghubir Pratap Singh).
Notably, John’s ‘Satyameva Jayata’, which also hit the screens on the Independence Day, did a remarkable business at the Box Office and minted Rs 20 crore on the first day of its release. As per Taran, both ‘Gold’ and ‘Satyamev Jayate’ recorded the actors’ highest day one collection of their films. The combined total collection of both the film is Rs 45 crore. Until now, Akshay’s 2015 film ‘Singh Is Bliing’, which also saw a national holiday release, was topping the chart of his films with biggest opening day collection.
Also starring Manoj Bajpayee and Amruta Khanvilkar in pivotal roles, ‘Satyamev Jayate’ is a thriller drama. The film has been directed by Milap Zaveri and co-produced by Bhushan Kumar Krishan Kumar, Monisha Advani, Madhu Bhojwani and Nikkhil Advani respectively.