Aishwarya, who missed Miss India by a hair, cracks IAS 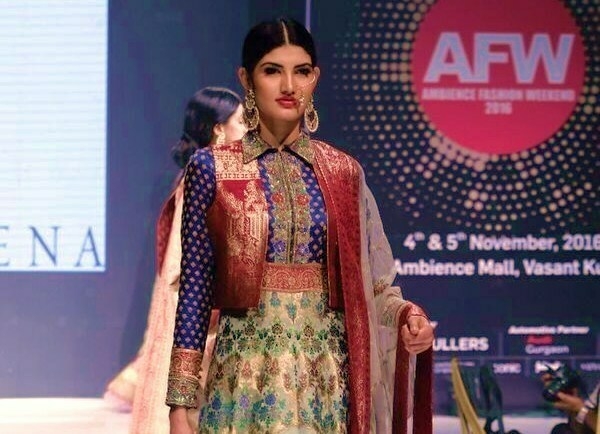 It is very rare that someone who has nearly touched the heights of the glamour world will also carve her way in bureaucracy. But something exactly like that has happened in Aishwarya Sheoran’s case.

Twenty-three-year-old Aishwarya has cracked the prestigious Civil Services examination 2019 in her first attempt four years after she was a Femina Miss India finalist.

At Rank 93, this alumnus of Sri Ram College of Commerce is a classic example of beauty with brains.

“I always wanted to be a civil servant. I did modelling as a hobby. At that age, I wanted to explore so many things. I was the head girl in my school and, in college too, I was an active member of the debate society and participated in the social service, et al. In the beauty contest, I was noticed by prominent designers like Manish Malhotra who encouraged me to participate in fashion shows. Once I returned to Delhi, I was flooded with offers. The thrill of walking on the ramp kept me going for over a year-and-half. However, as I am a nerd, I wanted to return to my first love — academics,” Aishwarya told Indian Express.

Hailing from Rajasthan, Sheoran was always concerned about women’s education and safety. Since her mother is from Haryana, questions on Khap panchayat, women issues were asked during the personality round. “The panel basically tests your perspective, knowledge and the kind of person you are. At that particular day, Donald Trump had arrived in India. So they asked about US-India relations and trade deal, on national infrastructure pipeline etc. They asked what will be my focus while designing a policy,” she informed.

Daughter of a colonel, Sheoran has travelled across northern India and believes that women empowerment is the need of the hour. She was a bright student and scored 97.5 in her CBSE class 12 exam. She had also cracked the Common Admission Test (CAT) in 2017 and got a seat in IIM-Indore. However, she did not join the institute as studying management was not part of her plans.

If she had not cracked CSE in her maiden attempt, she would have appeared for it this year. Her mantra is to “stay focused and don’t give up easily”.

To prepare for her exam, she had switched off her social media accounts. This, however, has not stopped her from being the talk of Twitter since the announcement of the result. “I realised that I cannot focus until and unless I keep my phone away.”