Sonay ki mithai: Ghevar made with gold for Raksha Bandhan: you will be shocked to know its price 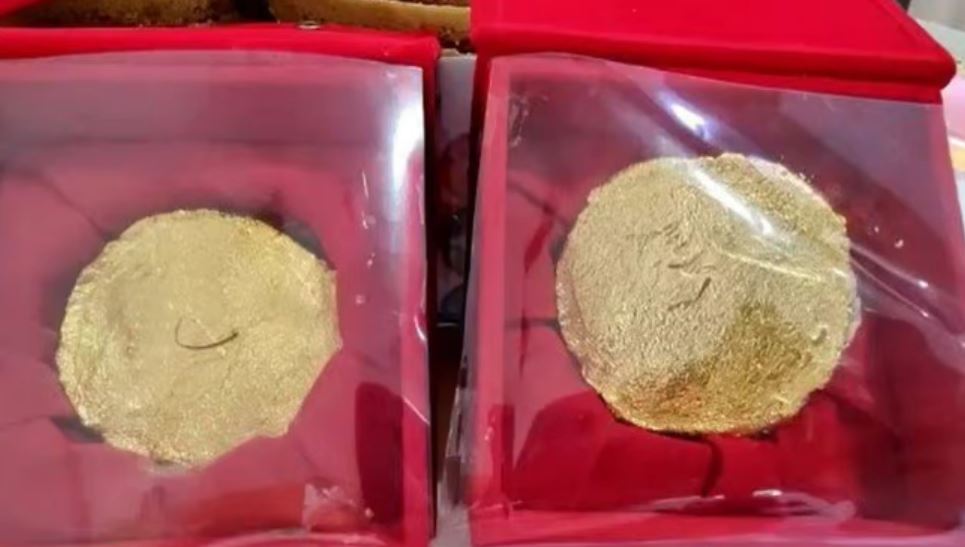 Raksha Bandhan, which celebrates the bond between a brother and sister, is just around the corner and shops and businesses are trying their best to attract customers.

A shop in Agra has prepared a special sweet named Golden Ghevar. Ghevar is a Rajasthani traditional sweet made from milk, ghee, flour, sugar and dry fruits.

However, at this shop, the humble ghevar was made with a layer of 24-carat gold.

The special mithai has been made by Braj Rasayan Mitthan Bhandar near Shah Market in Agra.

Ever since its arrival, people have been thronging the sweet shop to buy the delicacy. 12 kg Golden Ghevar have been sold so far.

How much does it cost, you ask? The golden ghevar costs ₹25,000 per kg as it is topped with a layer of 24-carat gold.

In a tweet, ANI Hindi shared the video and wrote, “Uttar Pradesh: Specially ‘Golden Ghevar’ is being made in Agra for Raksha Bandhan. The price of Golden Ghevar is Rs 25,000 per kg. The specialty of this Ghevar is that it is covered with 24 carat gold.”

According to Tushar Gupta, owner of Braj Rasayan Sweets Bhandar, the golden ghevar has a mixture of many dry fruits along with pistachios, almonds, peanuts, walnuts. There is also a layer of ice cream-flavoured malai on top.

Shishir Bhagat, president of the sweet cell of Federation of All India Vyapar Mandal, says that for the first time after two years of COVID, the market for Teej and Rakshabandhan is seeing a boom. ”Although this pace is marginal as of now, but as the date of festivals gets closer, we will see good response in the market,” he added.

Tags: Ghevar made with goldRaksha Bandhan ghevar
No Result
View All Result