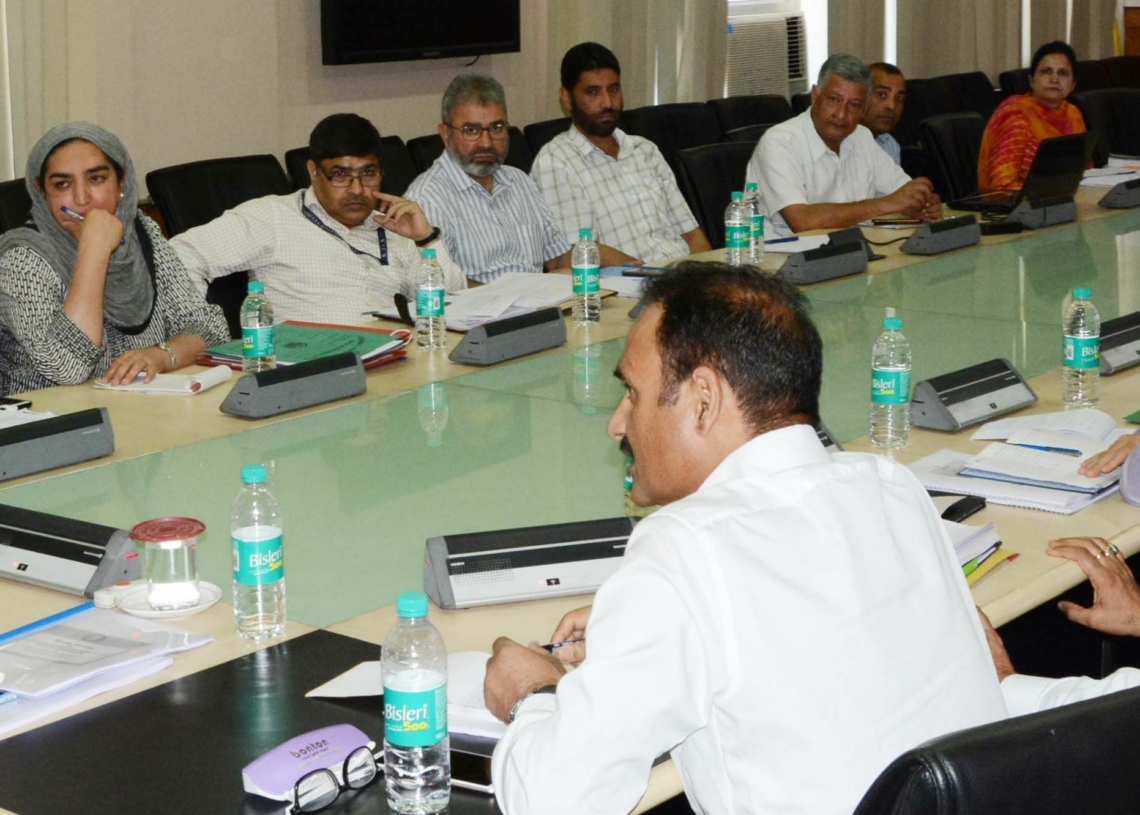 SRINAGAR, June 25: Advisor to the Governor, K Vijay Kumar has asked the medicos and the paramedical staff to ensure punctuality at their places of posting so as to provide better healthcare facilities to the people visiting the state-run health institutions. He said the doctors and other staff who are punctual in their duties need to be appreciated for their services to the society.

The Advisor said this while reviewing the functioning of the Health and Medical Education Department here on monday.

Addressing the meeting, the Advisor asked the senior officers of the department to conduct regular field visits for effective supervision and monitoring of services.

He appreciated the performance of the department for upgrading the health infrastructure in the State and reaching out to the people with basic healthcare facilities even in remotest areas. He stressed for better-coordinated efforts for further improvement in health sector besides bringing in an effective monitoring mechanism to further improve the efficiency in the department.

Earlier, Principal Secretary (H&ME) Dr Pawan Kotwal gave a detailed power point presentation about the working and performance of the department in rendering health services to the people of the state.

The Advisor was informed about the performance of the department on various key health indicators compared to the national data. He was informed that in the year 2016, the state has achieved the digit of 24 in Infant Mortality Rate which is much less than the national average of 34.

It was further informed that during the last financial year, 2.93 crore people visited Out Patient Departments of various state-run health institutions while 1.32 crore people were admitted in IPD sections of these institutions for treatment.

The meeting took a detailed review of expenditure incurred on centrally sponsored schemes and Prime Ministers Development Package for the year 2017-18.

Status of various developmental projects under PMDP including the establishment of AIIMS at Vijaypur in Jammu and Awantipura in Kashmir and establishment of five new medical colleges and other mega projects were also discussed.  Under PMDP, out of total 117 works, 61 have been completed financially during 2016-17 and 28 got completed financially during 2017-18 while 28 remaining works are proposed to be completed in the current fiscal.

The meeting was further told that to upgrade the Drug Testing Laboratories, Rs 13 crore as the first instalment from GoI has been released out of total central assistance of Rs 34 crore.

The Advisor asked the Drug & Food Controller organization to strictly enforce the laws so that drugs available in the market are properly tested and spurious/sub-standard drugs are banned from its use.

Under Free Drug Policy, the government provides free of cost drugs to the people approaching various Govt health institutions. 68 drugs have been notified for District Hospitals/Community Health Centres, 53 for Primary Health Centres and 23 for Sub-Centres, the meeting was told.

While inquiring about the ambulance services operating in the State, the Principal Secretary informed that a total of 1100 roadworthy ambulances are operating in the state by the Health Department out of which 567 are in Jammu division and 533 in Kashmir division besides 21 Critical care Ambulances have also been put to work.

Regarding the performance under National Health Mission (NHM), the Advisor was briefed about the implementation of various programs under the mission in the state and its efforts to reduce the Maternal Mortality Ratio, Infant Mortality Rate and the Total Fertility Rate.

While reviewing the working of JK Medical Supplies Corporation, the Advisor was informed that drugs worth Rs 33.23 crore have been procured by the corporation during last two years and supplied to various health institutions of the State.

The Advisor asked the corporation to effectively maintain the quality of the drugs and conduct regular testing to check the sub-standard or spurious drugs while procuring the same from the manufacturing companies.

Intervene to stop ongoing genocide of Kashmiris by Indian forces: Malik to UN