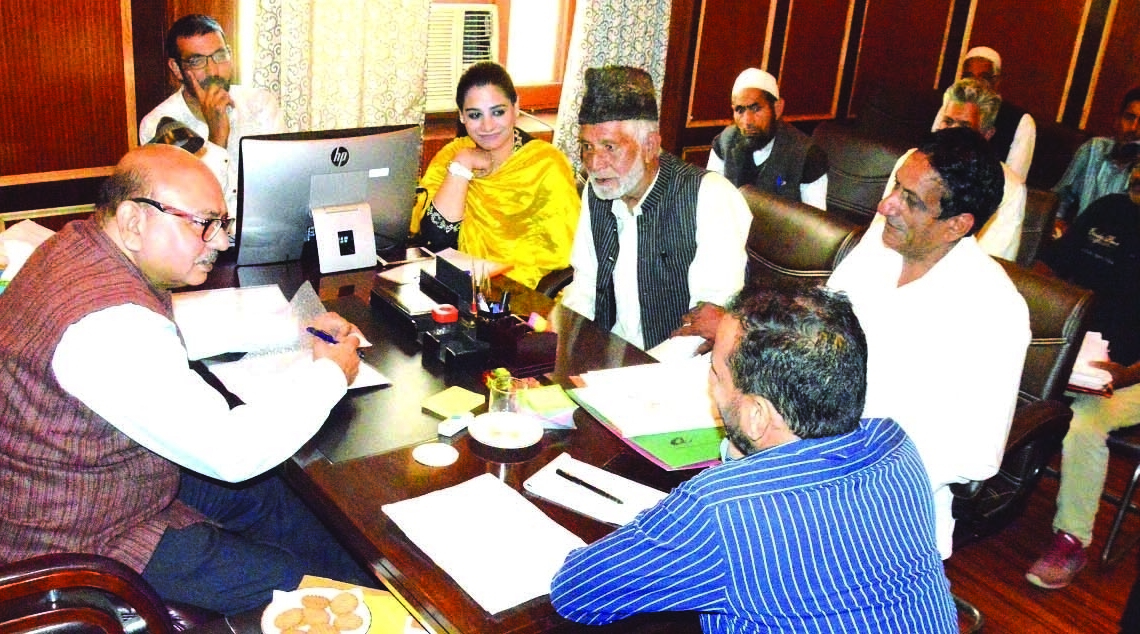 Srinagar, Sep 23:  Advisor to Governor, K Skandan on Monday reiterated that Governor Administration is working tirelessly to address the grievances of the public at the earliest.

71 individuals and deputations hailing from different parts of J&K put forth their demands and grievances before the Advisor and sought his intervention for early redressal of their issues.

Similarly, another deputation from Baramulla demanded de-siltation of a nallah in their area.

A deputation of teachers demanded regularization of their services.

Several other individuals and deputations from Kangan, Budgam, Baramulla, Anantnag, Tral, Handwara, Sopore, Bandipora, Bijbehara, Srinagar and other areas also met the Advisor and registered their issues and demands.

Advisor Skandan assured the individuals and the deputations that all their genuine issues would be examined for an early redressal. He also issued on spot directions to the concerned officers to take cognizance of the issues pertaining to their departments for redressal.

Speaking at the JKHDC’s 66th BoD meeting, the Advisor stressed upon the corporation to work on incentivizing weavers and artisans to increase their income. He also suggested for branding, quality certificate, marketing of State based products so that those products can be sold worldwide.

While asking to increase the coverage of weavers, the Advisor asked the corporation to come up with a substantial data of weavers and artisans so that they would be made aware about government schemes.

The meeting was informed that the sales through different government Departments and Societies during 2019-20 financial year (upto 15th Sep 2019) is Rs 75.20crore.

It was also given out that the corporation has started new projects under Centrally Sponsored Schemes (CSS)which include WWDDC Project having 100 per cent Government of India share.

In another 156th BoD meeting of JKI, the Advisor asked the JKI to work on employment generation in the State with primary focus on the modernization techniques.