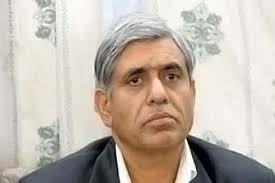 Srinagar, Feb 25: With State Chief Minister putting her best in mitigating the people’s problems, administration has become more responsive and vigilant, said senior PDP leader Nizamuddin Bhat.
During his interaction with various deputations at Bandipore he was told that CM’s outreach programme has changed the governance perceptions and people have developed faith in the system because of her personal interest to orient administration for better public service.
Bhat said CM has ensured that all her commitments made to people are met and there has been no laxity either in authority or arrangement of resources in execution. Bhat appreciated rising awareness among masses to monitor performances on objective basis rather on hoax and propaganda. He said many volunteer groups are emerging who are contributing to accountability and judicious use of power and resources. He said social
“Audit is not a new concept. But Mehbooba’s own sincerity of purpose is making exercises meaningful. Bhat said that on her instructions all DDC’s and HoD’s view public inputs with respect and new basis are being built for an effective delivery system at all levels”.
Bhat said it was because of her keen interest in taking the programmes of public purposes to grass root without pilferage or unnecessary delay that crucial sectors like education, power, horticulture and revenue are making an impact with public acknowledgement and various other key sectors too are becoming visible. Bhat said development a scenario is fast changing and state base is sure to expand.
Acknowledging that changing the actual discourse and built up cynicism is a long drawn affair as opposition at times becomes negative and stalls the pace of positive change, Bhat said this scenario also will not perpetuate because of rising social Consciousness. He hoped that people’s involvement in state affairs with intention to correct the system needs to be further strengthened and appealed all political , social and religious groups to take care of people’s prolonged woes and help build. System which is based on collective good. He asked all PDP workers to dedicate themselves to the cause of building consensus on issues of common interest , which alone can get the state out of morass and miseries.

Violence only brings death and destruction for people: Tarigami