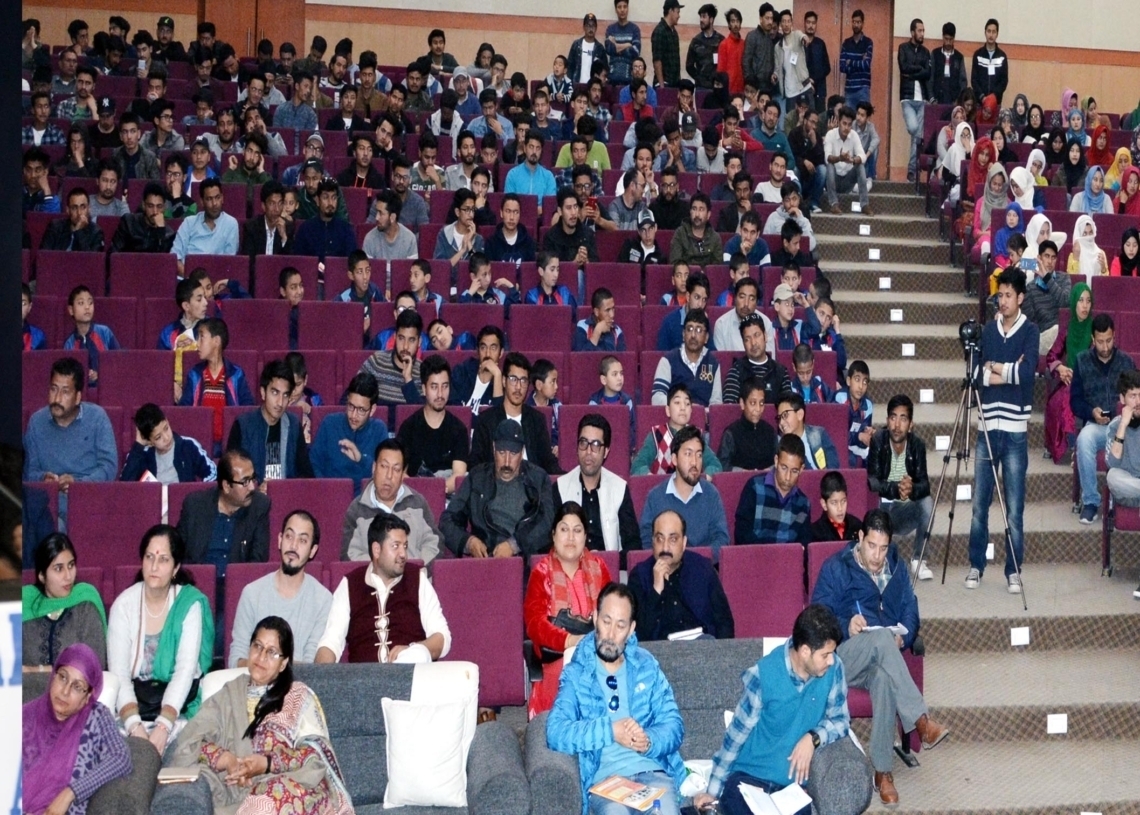 JAMMU, FEB 22: Minister for Education, Syed Mohammad Altaf Bukhari today reaffirmed the resolve of the government to fill gaps in education sector and work towards consolidation of infrastructure and teaching staff in rural districts, including Ladakh region.
Addressing a gathering of students here at the annual day function of All Ladakh Students Welfare Association Jammu (ALSWAJ), the Minister said as short-term measure, the Government has decided to engage candidates on academic arrangements to meet dearth of teaching staff and in areas like Leh and Kargil the selected candidates would be given 30 percent more emoluments than paid to the people in other areas. However, he said government has set the target to fill all vacancies of Assistant Professors, lecturers and teachers in next six months.
Chairman Ladakh Development Council (LAHDC) Kargil Hajji Kachu Ali Khan, a large number of students and the association officer bearers including, the President Fayaz Ahmed was present at the function, which witnessed scintillating show by the Students featuring unique rich Balti culture and heritage.
Recalling his recent visit to Ladakh with Chief Minister, the Minister said that he was highly impressed by seeing huge strength of Girl students at the Government Degree College Kargil adding this reflects the progressive approach of the community. The Minister also announced that the government has approved Degree College for Drass meeting the long pending demand of the locals. He said the government was ready to start the classes from the current session and sought the cooperation of LADHC Kargil chairman in identifying a spacious building to run the classes till the campus is established. He said government has decided to hire private buildings for new colleges contrary to the past practice of running these from Higher Secondary schools, which does not go well with the scheme of things.
The Minister also informed that during her visit to Kargil, the Chief Minister Mehbooba Mufti sanctioned funds for up-gradation of the GDC, Hostel and College Buses. He said the government under the leadership of Chief Minister Mehbooba Mufti is committed to meet the education requirements of all regions. He also announced that the government has allotted 5 kanal land for the establishment of girls’ hostel for Jammu.
Appreciating the cultural presentations, the Minister said he felt proud to be part of the event which reflected that the young generation of Kargil has preserved their cultural heritage. He encouraged them to preserve it forever do not let it wade away with the coming of development which is knocking at their doors with the construction of proposed Zojila tunnel.
In his address, chairman LAHDC, Kargil Kachu Ali Khan urged the youth of Ladakh to strive hard to meet their goals, especially achieving educational and professional excellence. He reminded them that the problems the region is facing on account of dearth of doctors, teachers and professors could be overcome only when they achieve distinction in the life.
The Association also honored people from Kargil who have excelled in different fields of knowledge and skills.