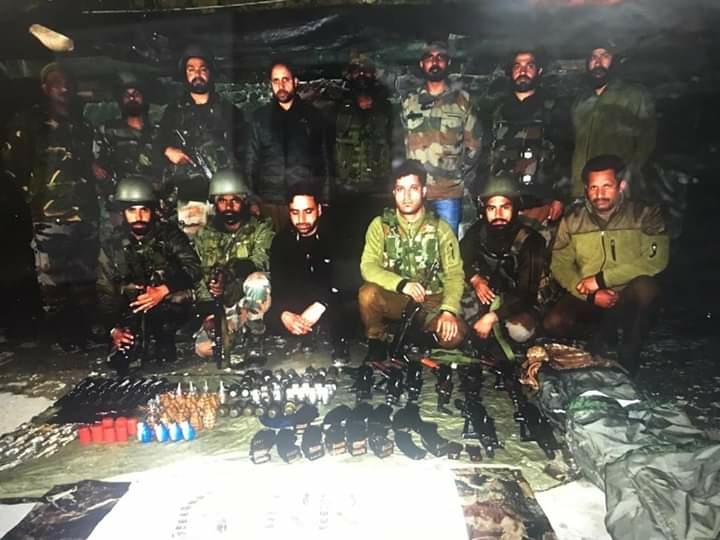 Official sources told GNS five militant associates were arrested by Sopore police who were involved in providing logistic support and shelter to active militants operating in the northern region of Kashmir.

Official sources added that during sustained questioning the arrested persons gave location to Sopore police of the place where large quantity of war like stores was dumped.

A team of police from Sopore went to Keran sector of Kupwara were from they recovered war like storage.

Giving details to GNS a police officer termed this as a major success and said war like stores were recovered which including 8AK Assault rifles , nine Pistol 9MM , one thousand AK RDS and seventy Hand grenades during search operation in the area.

The officer said we are expecting more arrests in coming days.