21490 selections made by JKSSB, PSC in last 2 years: Priya Sethi 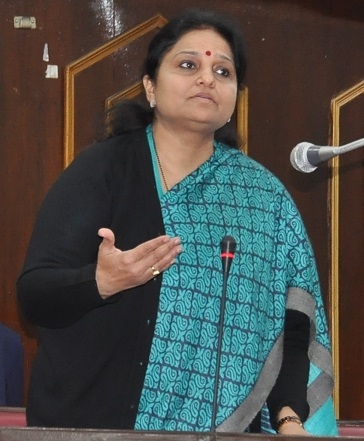 Jammu, Feb 6: Minister of State for Education Priya Sethi, while replying on behalf of Minister for GAD, informed the House that 21,490 selections have been made in various government departments by the recruitment agencies during the last two years.
Responding to a question of Qaiser Jamshed Lone, the Minister informed that 132 selections have been made in various autonomous bodies under the administrative control of the departments.
Intervening during the reply, Minister for Agriculture Ghulam Nabi Lone Hanjura said the recruitments were made in a highly transparent manner by the recruitment agencies.
Priya Sethi further informed that the recruitment for gazetted posts is made by JKPSC while as non-gazetted recruitments are made by JKSSB.
She said that to further increase the transparency in the recruitment process, the government is actively considering the appropriate amendment in the relevant rules to provide for discontinuation of interviews for various direct recruitment posts carrying a grade pay up to Rs. 2,800. “Recently, in order to speed up the recruitment process, the interviews have been dispensed with by the JKSSB in respect of 4,458 posts referred to it by various departments including School Education Department,” she added.
She further informed that the selections for the posts of sub-inspectors and constables in the Police Department are made by the Police Recruitment Board through a Transparent and technology-driven recruitment and inter-alia envisages conduct of Physical Endurance Tests (PET) Physical Standard Test (PST), written test and viva-voce test.
Legislators Ghulam Nabi Monga and Firdous Ahmad Tak also raised supplementary questions to the main question.
Replying to a separate question of Vibod Gupta, Hanjura informed that 3,290 selections have been made by JKPSC from January 2015 to December 2017.
He further said that JKPSC recommends appointment of candidates against State Cadre gazetted posts.