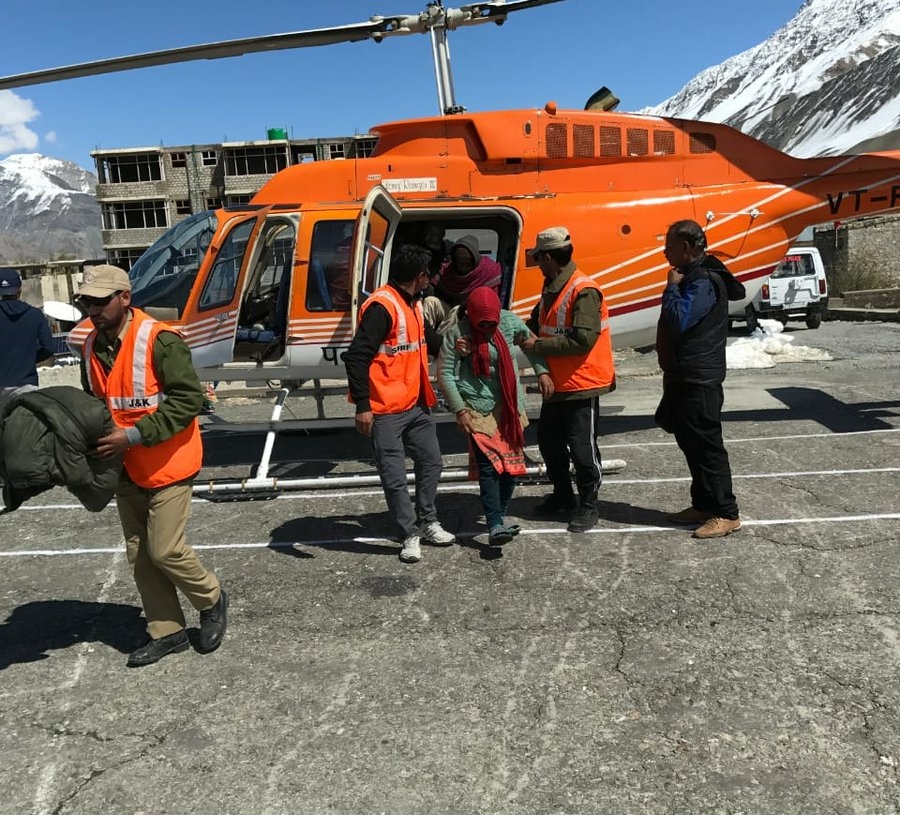 Srinagar, Sep 30: At least 13 persons including a French national have been rescued and airlifted for treatment by authorities from  Kargaik and Tangzey Lungnak villages in Zanskar area of Kargil district.

A police spokesman in a statement said after strenuous efforts by Zanskar Police and locals, the stranded passengers were traced near Lakhang and shifted to nearby Village where they were provided food, shelter, and other necessities on Saturday.

However many among them suffered frostbite to their feet and fingers after remaining stuck in snow for many days, he said.

“Medical emergencies were airlifted to Padum Zanskar and shifted to community health centre Zanskar where they were provided first Aid and are undergoing treatment,” police said.

“Nearly 65 people including 60 Nepali porters including women and children,  a French national and four Indians were on way to Himachal Pradesh via Shinkula and to Zanskar. They had been stuck up near Lakhang since 22-09-2018 due to heavy snowfall in the region,” said the spokesman.