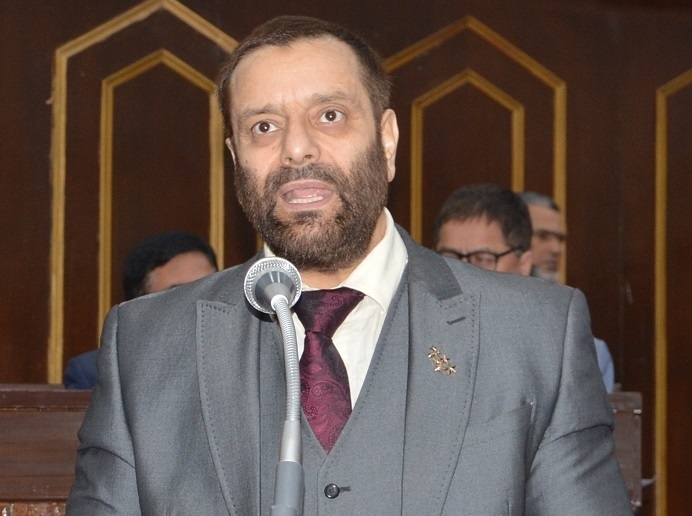 JAMMU, FEB 7: Minister for Disaster Management, Relief and Rehabilitation and Reconstruction, Javed Mustafa Mir today informed the House that out of 1336 cases, 1252 cases were provided financial assistance under PMNRF by the NDMA and under PMDP by the respective Deputy Commissioners through DBT.
The Minister was replying to a calling attention notice moved by legislator Showkat Hussain Ganai to call the attention of the government towards the situation that has arisen due to the problems faced by the flood victims of Wachi, who have received only first instalment of payment of compensation.
The Minister further informed that a total number of 1336 houses were damaged due to September, 2014 floods in District Shopian which includes the Wachi Constituency also and were paid relief under SDRF as per the approved ceiling.
“The remaining cases could not be assisted under PMNRF and PMDP due to the fact that the Ministry of Home Affairs vide its DO No.1/1/2015/RR dated 17-03-2016 had fixed 31-03-2016 as cut of date for uploading the details of beneficiaries, beyond the said date, the MHA does not consider the left out cases for any relief”, he added.
He further said that the matter was discussed with the MHA officers during the review of PMDP projects regarding extension of the date for uploading the data of the pending cases for consideration of financial assistance under PMNRF so that, the 3rd instalment including financial assistance under PMDP could also be released. However, the MHA did not agree.
Meanwhile, the Minister informed that the left out cases in this regard will be considered after collection of report from concerned DDCs.