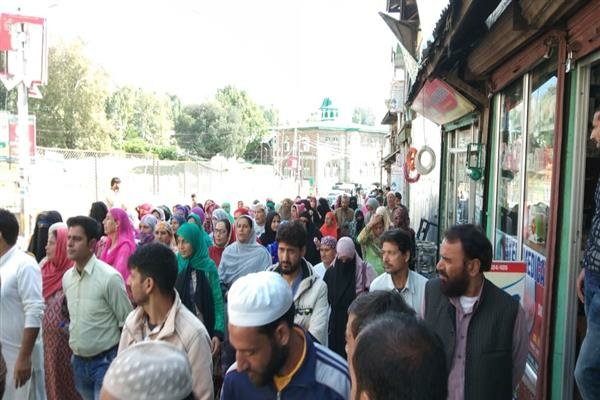 Bandipora, Oct 09: A health department employee who is also mother of three Tuesday succumbed to her injuries after she was allegedly burnt by her in-laws in Ahamshrief village of north Kashmir’s Bandipora district.
Reports said that Rehana Gulzar, a nurse by profession was murdered allegedly burnt by her in-laws, family alleged.
Soon after sustaining burn injuries, the lady was immediately shifted to Bandipora hospital.
However she succumbed to her injuries, an official in Bandipora hospital said.
He said that the lady had sustained 90% burn injuries.
The family members of deceased alleged that she was murdered.
They said that she was married eight years ago, saying that since then she was continuously being harassed by her in-laws.
However, Rehana’s in-laws refuting the allegations, saying that she committed suicide.
Meanwhile, police has started investigation into the case, a police official said, adding that her in-laws have been called for questioning.
The case is being investigated, he added.
Meanwhile, scores of employees from health department here staged protest at Gulshan Chowk Bandipora, demanding justice to their colleague.
Employees of health department Bandipora while displaying the placards reading “Justice for Rehana”, Hang the Culprits”, shouted slogans demanding capital punishment to the perpetrators.
They also demanded fair investigation into the case.