Woman dies in pain waiting for an ambulance in Poonch 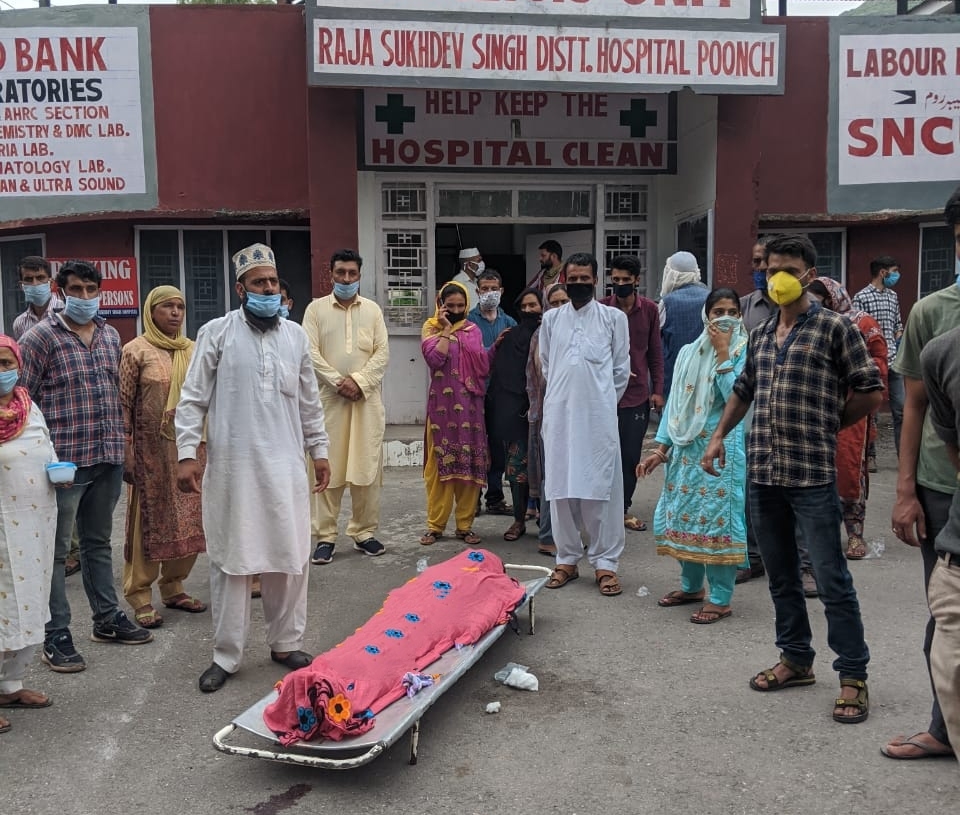 Srinagar: A 40-year-old woman on Monday died as she could not be referred to District hospital Rajouri for better health facilities due to the alleged non-availability of an ambulance.

The relatives of the woman staged a protest and demanded action against the concerned even as Medical Superintendent District hospital Poonch Dr Shamim Bhatti said that an inquiry is being ordered into the incident and assured action against those found guilty.

Relatives of the woman said she was taken by them to the residence of a gynecologist who advised them to admit her in the District Hospital Poonch. The woman delivered a female baby, her fourth daughter, at the hospital.

Her condition however deteriorated and the doctors referred her to District Hospital Rajouri for advanced treatment. “After waiting for an hour, the ambulance was not provided. In the meanwhile, she continued to wither in pain and died,” Sarfaraz Bhat, a relative of the woman said.

Later the family staged a protest, demanding action against those responsible for the negligence which led to the woman’s death.

Station House Officer along with a police party reached the spot and pacified the protesters with an assurance that action will be taken as per law.

Contacted, Medical Superintendent District hospital Poonch Dr Shamim Bhatti said that action will be taken against whosever responsible. “An inquiry is being ordered and those found guilty would be dealt with as per the law,” he told GNS.

Ironically, the ambulance was eventually provided to the family to take the woman’s body to her residence at Mastandhara Buffliaz in Surankote area of the district. The woman’s husband works as a labourer and is presently in Mumbai. (GNS)