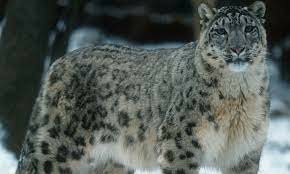 Srinagar:  Wildlife Department has roped in J&K Mountaineering and Hiking Club (JKMHC) to conduct the first-of-its-kind census of the rare snow leopard in Jammu and Kashmir

As snow leopards are only found in the upper reaches, the Wildlife Department has sought help from the volunteers of Kashmir valley’s oldest mountaineering club to count snow leopards.

“We are participating in the snow leopard census on behalf of the mountaineering club. Though a common leopard can be found in the lower reaches, snow leopards are only found in the upper reaches where JKMHC members often undertake trekking expeditions. It is mostly sighted in the Ladakh region. The training of the club members will start after Eid-ul-Adha,” JKMHC president Mahmood Shah told The Kashmir Monitor.

Shah, who is presently the director of the Handicrafts and Handloom Department and also an avid mountaineer said the hunt for the snow leopard will initially take place in Sonmarg and the upper reaches of the area.

JKMHC member Wiqar Bashir Bhat, who will be representing the club alongside few other members during the exercise, said they were excited to be a part of the census.

“We are excited to be a part of this exercise as volunteers. Snow leopards can be found at higher altitudes and I feel JKMHC members can contribute a lot. I have personally seen a pugmark of a snow leopard at an altitude of 14000 feet during an expedition at Rezangund in the upper reaches of Kangan in 1999. Very few people have actually sighted snow leopards in Kashmir and most of the reported sightings are fake,” Bhat told The Kashmir Monitor.

Pertinently, Bhat is credited with completing a first of its kind 110 km ‘Himalayan Traverse’ in 2015. Bhat had then led a team of trekkers from the higher reaches of Ladakh to upper Kishtwar in the Jammu region where snow leopards are sighted.

He said there were fair chances of snow leopard sightings in the upper reaches of the Ganderbal district. “Sometimes snow leopards get caught in avalanches. Locals had once spotted a dead snow leopard flowing in a stream after an avalanche but unfortunately, such incidents and other sightings have not been properly documented,” he added.

Chief Wildlife Warden Kashmir, Rashid Naqash told The Kashmir Monitor that the census was a ‘first of its kind’ and will be held across Jammu and Kashmir regions.