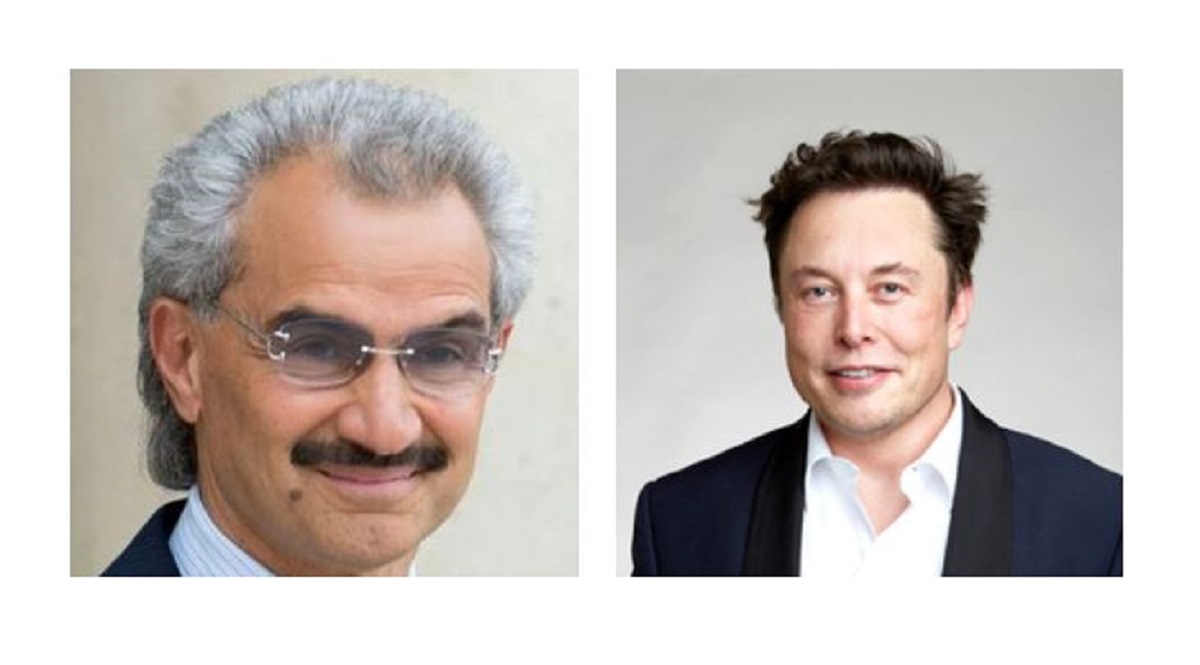 A tiff between SpaceX CEO and billionaire entrepreneur Elon Musk and a Saudi Prince on Twitter has become a hot topic on the social media platform.

On Thursday, Musk, who already owns 9 per cent of stake in Twitter, offered $43 billion all cash offer to Twitter Chairman Bret Taylor. In his valuation, Musk had offered $54.20 per share of Twitter, saying the social media company has “extraordinary potential” and that he will “unlock it”.

Among those who spoke against the offer was Saudi Prince Al-Waleed bin Talal, who claimed he has 5.2% stake in Twitter and the market value of his ownership in Twitter is more than 3.75 billion Riyals.

“I don’t believe that the proposed offer by @elonmusk ($54.20) comes close to the intrinsic value of @Twitter given its growth prospects. Being one of the largest & long-term shareholders of Twitter, @Kingdom_KHC & I reject this offer,” tweeted Talal who is the chairman of investment firm Kingdom Holding Company (KHC).

Talal’s tweet did not go down well with Musk who replied with a few questions: “Interesting. Just two questions, if I may. How much of Twitter does the Kingdom own, directly & indirectly? What are the Kingdom’s views on journalistic freedom of speech?” he asked in a tweet.

Born in 1955, Al Waleed bin Talal Al Saud is a Saudi Arabian billionaire businessman, investor, philanthropist and royal. He was listed on Time magazine’s Time 100, an annual list of the hundred most influential people in the world, in 2008. Al Waleed is a grandson of Abdulaziz, the first king of Saudi Arabia, and of Riad Al Solh, Lebanon’s first prime minister.

Al Waleed is the founder, chief executive officer and 95 percent owner of the Kingdom Holding Company, a company with investments in companies in the financial services, tourism and hospitality, mass media, entertainment, retail, agriculture, petrochemicals, aviation, technology, and real-estate sectors. In 2013, the company had a market capitalization of over $18 billion.He is Citigroup’s largest individual shareholder, the second-largest voting shareholder in 21st Century Fox, a minor shareholder in Zaveriwala Holdings LLC, and owns Paris’ Four Seasons Hotel George V and part of the Plaza Hotel. Time has called him the “Arabian Warren Buffett”. In November 2017 Forbes listed Al Waleed as the 7th-richest man in the world with a net worth of $39.8 billion.