Watch: Goat brought to be sold on Eid cries like human, hugs owner 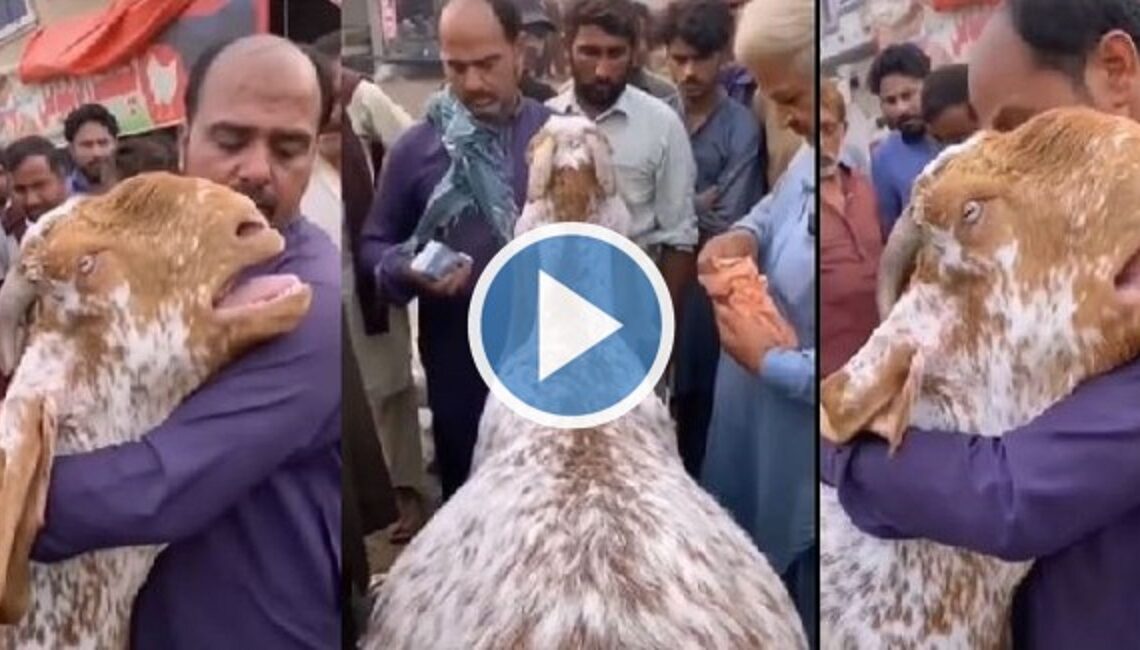 A moving video of a goat crying like a human being when it is being sold by its owner has gone viral on social media. The video was posted on Facebook and Twitter. In it a huge goat is seen crying like a baby and hugging its owner.

While it is not sure where the video was shot, it seems like it is shot in a market during the time of Eid-ul-Adha.

The location where the video was shot has not been revealed by the Twitter user. He, however, said in the Twitter thread that the footage was shot during the Eid Ul Adha when the goat was brought to be sold in the market.

“Even animals who can’t speak have feelings and emotions. Despite not being able to speak, they love their owner dearly. When separated from the owner, their soul hurts,” the user further said in one of the tweets.

The 21-second video shows the goat putting its head on the owner’s shoulder and crying like a human. The gesture left the owner and bystanders emotional.

“Tears …Did you still sell her? I hope not,” commented one of the users. “I really cried after watching this video,” said another.

Like human, it appears that goats too feel empathy after a study published in the Royal Society revealed that animals can distinguish between different human facial expressions.