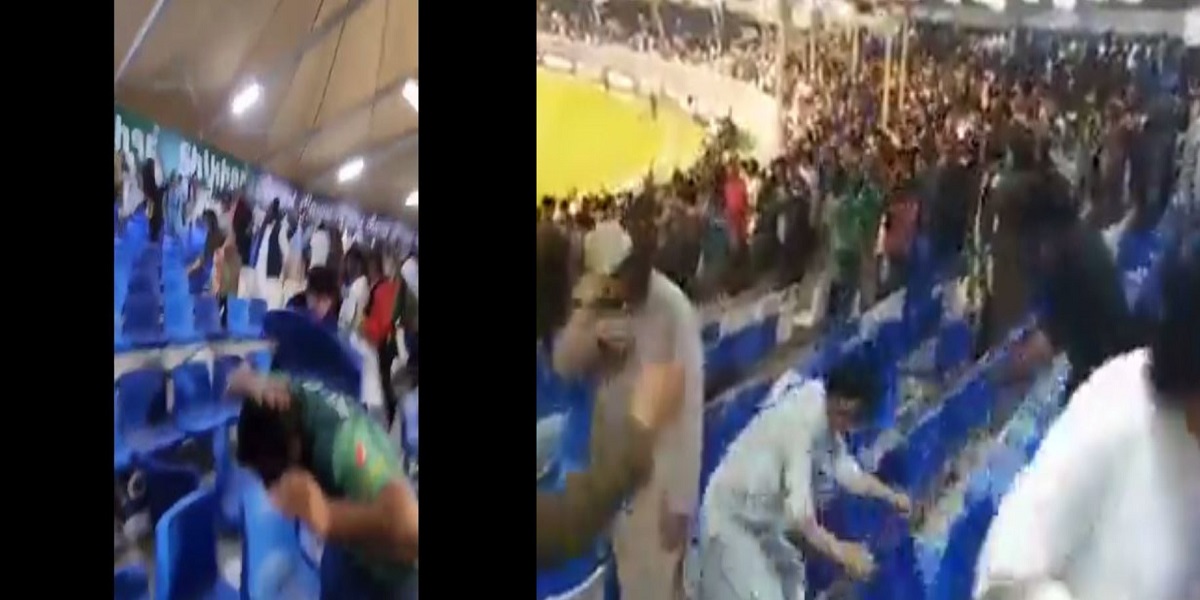 It was one of the most nail-biting finishes in recent cricket history with Pakistan managing to snatch a win from what was Afghanistan’s game in Asia cup sending the latter packing from Sharjah and the tournament. While fans would remember this game for Pakistan pacer and tailender Naseem Shah’s two back-to-back sixes, there were also some ugly moments witnessed during and after the game.

Afghanistan fans were not pleased after their team’s loss to Pakistan in Asia Cup 2022 Super 4 encounter.Many of them were seen breaking chairs and throwing them at the Pakistani fans in Sharjah International Stadium soon after their team was knocked out of the competition.

Back in 2019 as well, Pakistan and Afghanistan Cricket fans entered into a clash outside the Headingley Cricket stadium in Leeds, England where the Cricket World Cup match was underway.

The visuals then showed Cricket fans from both sides entering into a huge scuffle outside the stadium.

Earlier in the match, an ugly exchange between Asif Ali and Fareed Ahmed made headlines. The incident transpired in the penultimate over of the run chase, shortly after Asif’s dismissal, which saw the Pakistan batter hurl his bat at Fareed, almost hitting the Afghanistan pacer as tempers flared.

Asif smashed Fareed Ahmad for a six off the fourth ball of the over but was out caught in the next while attempting to hit another maximum. He was done by a shower short delivery, which took the edge of his bat and landed in Karim Janat’s hands at short fine leg.

Soon after the dismissal the two were seen exchanging words in the middle of the pitch, before other Afghanistan members joined and separated the duo. It all began with the Fareed making an angry gesture while he was standing close to Asif. The Pakistan batter apparently took exception to it, lost his temper and pushed the bowler, almost getting physical in the process. The next over saw Naseem whack Farooqi for two sixes off the first two balls, and secure a thrilling win for his side.