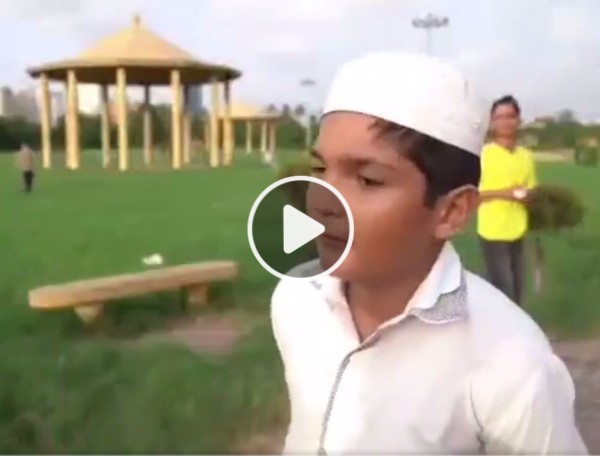 Virat Kohli is a modern day cricket legend who has showcased his skill as a player in all formats of cricket. The India batsman has a massive fan-base across the globe. From his never-give up attitude as a player to his smashing records too easily, Virat is indeed one of the best cricketers of the modern era.

Virat’s dominance is such that he has fans even in the neighbouring Pakistan where cricket is as crazily followed as it is in India. A video of one such fan is going viral on social media. In the video, a young boy, probably 10 to 13 years old is seen expressing his love for Virat.

Asked by a Geo reporter if he liked Virat Kohli or any other player in team India, the boy promptly responds: “Virat Kohli to dil hai hamara (Virat Kohli is my heart).”

Dressed in a traditional kurta pyjama and a white prayer cap, the cute boy follows it with: “I want him to make a 50. Even if all the other players get out. I want him to score.”

The video has gone viral on social media with over 2.5 lakh views in a matter of few hours since it was first published on September 6.

“Bless you boy. May our newsanchors and ultra-nationalists learn a thing or two from you,” wrote Aparna who shared the video on Twitter.

Netizens have praised the boy for speaking his mind. “So cute and innocent with full of love for sport and Virat,” wrote on user. User also compared the old cricket days and how people were not questioned about the players they liked.

‘And I belong to Imran khan era, had a huge poster of him in my room , loved his bowling , many girls were crazy after him. Those were the days, I miss that India,” wrote another user.

The video comes in the backdrop of Virat’s fine run in Asia Cup so far which saw him scoring a crucial 60 of just 44 deliveries in India’s second game against Pakistan on September 4.

The game was a nailbiter with Pakistan managing to hold nerves and win it in the final over.