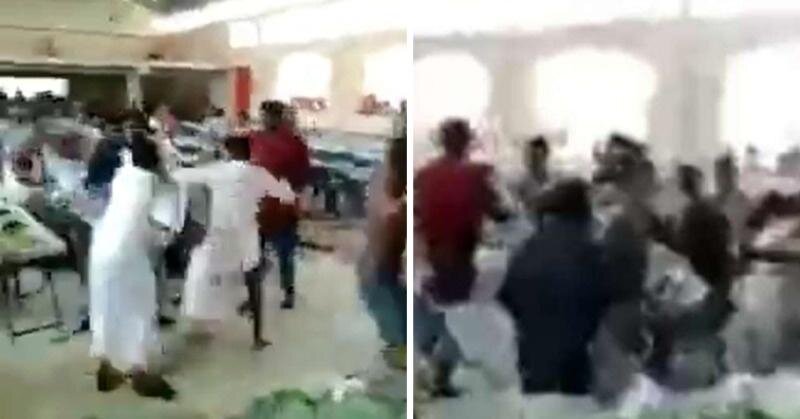 A wedding in Kerala turned into a wrestling ring after the groom’s friends were reportedly denied extra papad.

A video of the brawl between the groom’s friends and the hosts has now gone viral.

Things turned ugly when the servers refused to heed their request, Manorama reported.

What followed was a fist fight in which punches were thrown, cutlery flung around and furniture overturned – all over a crispy side dish.

According to news reports, three people were injured in the brawl, including the owner of the wedding hall where the ceremony took place.

Media reported that Muraleedharan, 74, was hit on the head when he rushed in after hearing the commotion. The auditorium owner was taken to a private hospital for treatment.

Besides him, two other wedding guests also suffered injuries in the brawl. They were identified as 21-year-olds Johan and Hari.

Muraleedharan says he suffered a loss of Rs 1.5 lakh after his furniture and other equipment were damaged in the brawl. He filed a police complaint on the basis of which 15 people were booked.