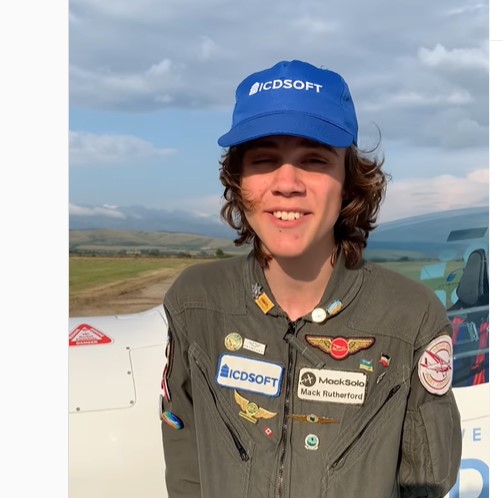 A 17-year-old boy has become the youngest person to fly around the world solo in a small aircraft, the Guinness World Record (GWR) said.

Mack Rutherford started his adventure from Sofia (in Bulgaria), on March 23 and returned on August 24, completing his trip around the world after flying through 52 countries and five continents.

He was born in June 2005 to Belgian and British parents. Rutherford started his record-breaking journey when he was only 16 and celebrated his 17th birthday on the aircraft, GWR further said.

Rutherford took the challenge all by himself, with the help of his sister Zara Rutherford, who earlier this year also smashed two flying records.

He flew a little single-engine plane all the way around. As Rutherford’s aircraft was small and he could only fly during the day, he occasionally had to land during critical weather conditions. Wherever he landed, he met a number of people.

The previous record was held by another British pilot Travis Ludlow who in October 2021 completed his 24,900-mile journey. He was 18 years and 150 days old then, a year older than Rutherford, GWR further said.

When Ludlow flew to Gibraltar on July 9, he had already exceeded the minimum distance needed to beat the world record (24,540 miles).