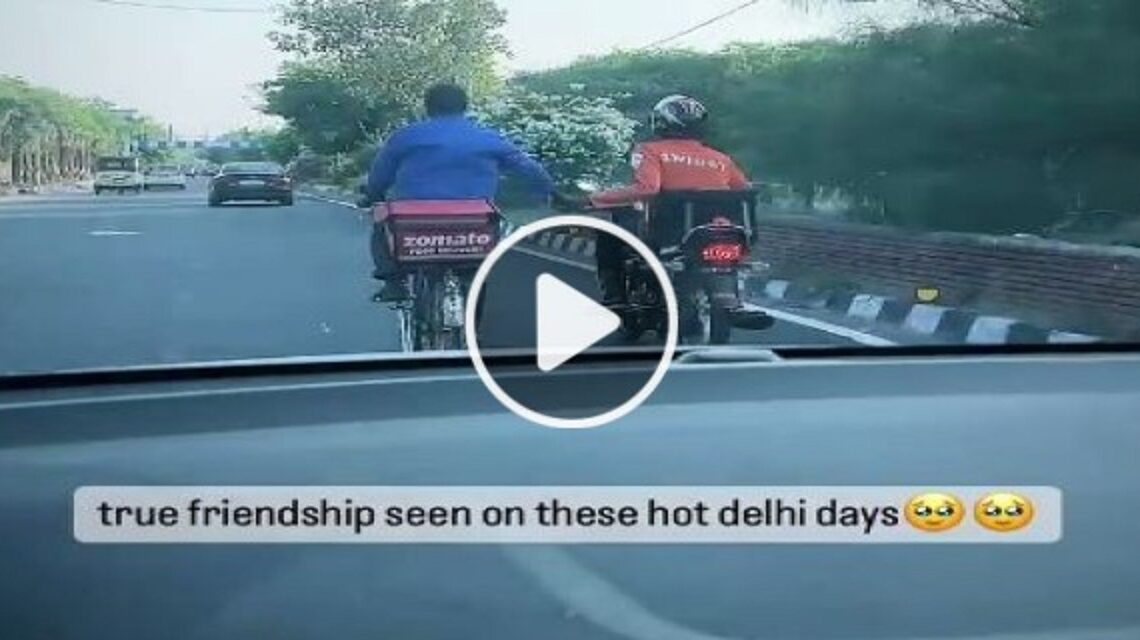 People are praising the camaraderie between two delivery men from two different companies on the internet. Some are calling it “Bros being bros” while others are stating “Divided by businesses united by profession” after seeing the footage of a Swiggy guy assisting a Zomato CEO executive in the blistering Delhi heat.

Sanah Arora, an Instagram user, has recorded the footage. There are delivery guys from both Swiggy and Zomato in the video. The Zomato delivery worker is on a bicycle, whereas the Swiggy executive is on a motorbike. It’s hot, yet the Swiggy and Zomato execs continue to ride together in rhythm despite the oppressive heat.

Several people on the internet have praised the video. The video has 4,67,363 likes and 1,301 comments as of this writing.

A few days ago, another video of a Swiggy delivery executive went viral on the internet, as the individual was riding on a horse to serve meals in the pouring rain in Mumbai.