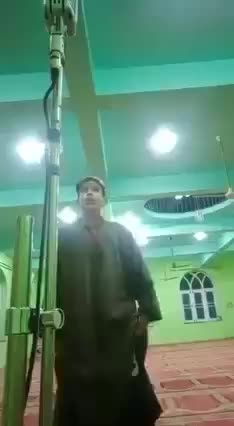 Srinagar: It is common to come across drummers waking up people for ‘sehri’ in the Kashmir valley. At times, one also hears calls of ‘Waqt-e-Sahar’ from the loudspeakers of mosques.

Now, in a viral video from the Valley, a video of a boy waking up people for sehri from a mosque has amused the netizens.

While the boy can be seen shouting ‘Waqt-e-Sahar’ over the mike initially, he later starts announcing the time.

The netizens have found his style funny and the short video is being widely shared on social media platforms like Facebook and WhatsApp.

At the same time, some people found his style very good.

However, some suggested that it is better to give azaan than call out like this.

“it’s not good thinking in Islam. best is to give azan that time (sic),” commented Feroze Dar.