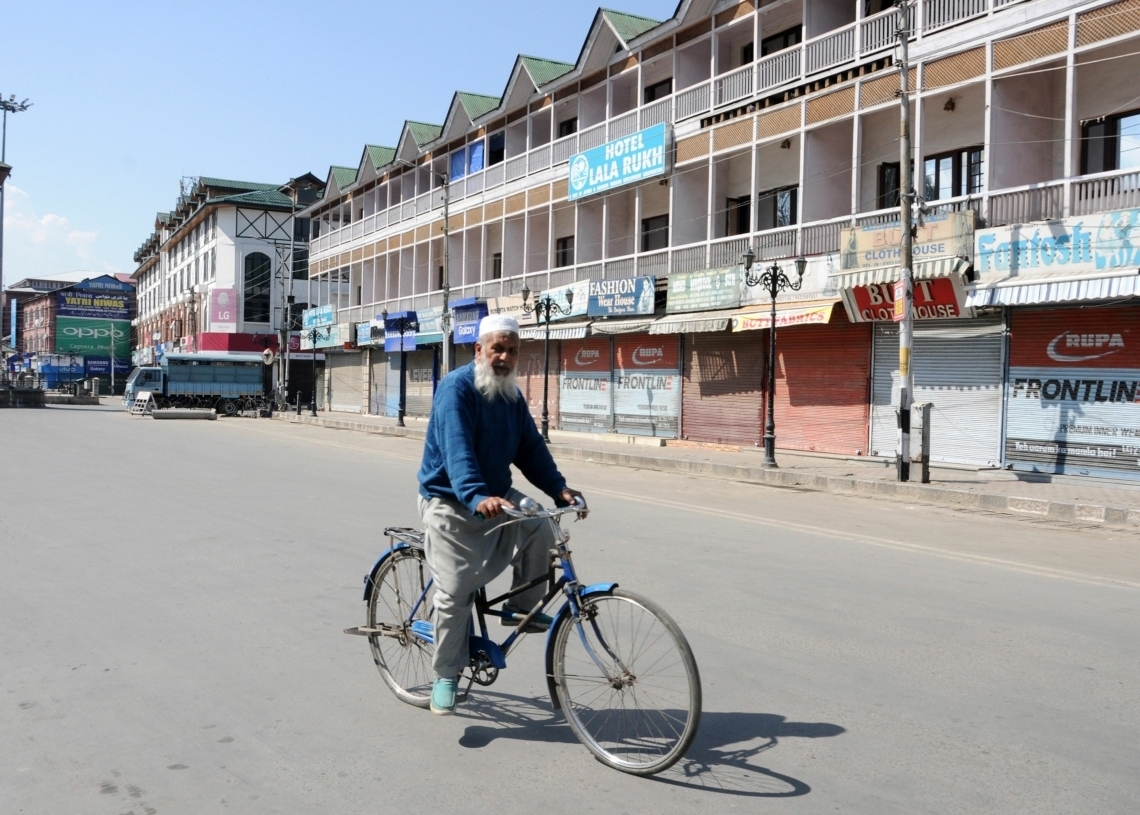 Srinagar, Oct 8: A complete shutdown was observed in Kashmir Valley against the local bodies’ polls that were held on Monday.

The phase I of local body polls were held in several municipal wards of Srinagar, Bandipora, Budgam, Kupwara, Kokernag and Baramulla districts.

All shops and other commercial establishments remained closed in commercial hub of Lal Chowk in Srinagar city while public transport also remained off the roads. A skeletal movement of private transport was seen on the roads.

Reports of shutdown were also been received from other district headquarters of the valley.

Joint Hurriyat Leadership of Syed Ali Geelani, Mirwaiz Umar Farooq and Yasin Malik had called for a shutdown against what they called “sham” elections.

Government forces had been deployed in and around the polling stations to maintain ‘law and order’.

Clashes erupted between forces and youth in Bagh-e-Mehtaab Muchwa area in the outskirts of city. According to reports, amid the complete shutdown, a group of protestors assembled near the railway bridge in Muchwa and pelted the stones on government forces already deployed near the bridge. However, there were no injuries reported from the site.

Clashes also erupted in some areas of Bandipora district.

A BJP candidate identified as Adil Ahmad Buhru, received minor injuries when a group of protesters pelted him with stones, resulting in his injuries. However, Buhru was soon taken to district hospital for the treatment where he was discharged after giving first aid.

Buhru said that as he came out after casting vote in ward number 2, youth pelted stones on him. “My black scorpio (JK02AA-2712) was damaged in the incident,” he said and thanked police for immediately shifting him to hospital.

Clashes also erupted in Lankrishpora Bandipora when youth pelted stones on a police vehicle. The men in uniform retaliated with pellets and tear-smoke shells, resulting in the injuries of a woman who was later shifted to nearby hospital.

In Wathoora Karalpora area of Budgam district youth pelted stones on deployed forces who retaliated with tear-smoke shells. Locals alleged that during the clashes Forces personnel vandalized their property.