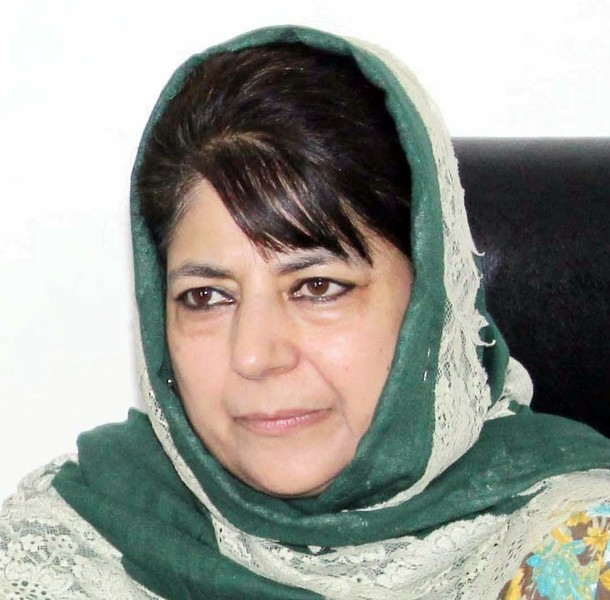 Srinagar, August 16: PDP President and former Chief Minister, Mehbooba Mufti has expressed grief and sorrow over the passing away of former Prime Minister, Atal Bihari Vajpayee who expired this afternoon at the national capital.

In her condolence message, Mehbooba Mufti said the people of Jammu & Kashmir, cutting across the political divide, would remember late Vajpayee as the first ever Prime Minister who understood their pain and strived to take measures to mitigate the same. “Late Vajpayee ji undertook some bold and monumental confidence building measures for which the people would remember him for times to come”, she said in her condolence message. She said the people of Jammu & Kashmir hold late Vajpayee in high esteem for his statesmanlike approach towards the State.

Describing the late leader as an astute statesman, the PDP President said the late leader would also be remembered for the peace building measures he took for normalising relations between India and Pakistan and for achieving sustainable peace in the Sub continent. “He was the leader and took the challenges head on for which he won admirers not only in India but in the entire world as well”, she added in her statement. She said her often repeated quote Dost Badlay Ja Saktay Hain, Padosi Nahin became a benchmark for political statesmanship and diplomacy.

Mehbooba Mufti has conveyed her heartfelt sympathies with the bereaved family of late Atal Bihari Vajpayee.