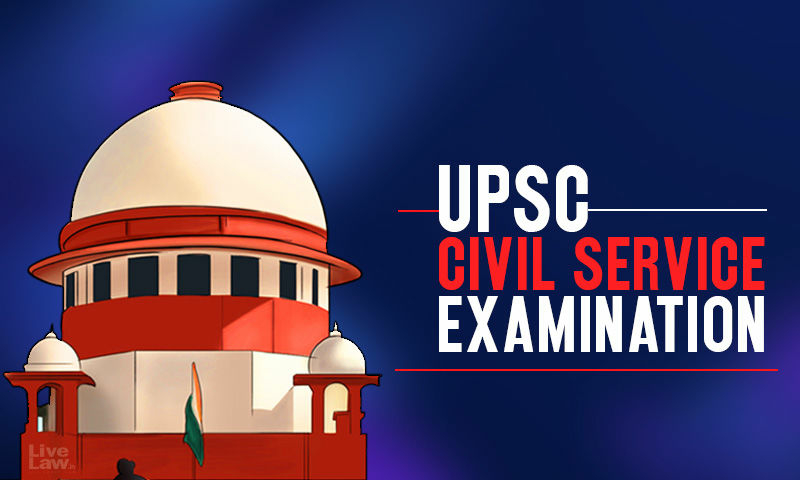 The apex court is hearing a plea filed by three aspirants who had cleared the UPSC 2021 prelims exam but could not appear in all papers of the main exam after testing positive for COVID-19 and are now seeking an extra attempt to appear in the exams.

“We have filed an affidavit. Additional attempts are not possible. We have considered that,” Additional Solicitor General Aishwarya Bhati, appearing for the Centre, told a bench of Justices A M Khanwilkar and A S Oka.

The UPSC had recently told the top court there is no provision for holding re-examination in case a candidate fails to appear in the test on the scheduled date for any reasons, including ailment or accident incapacitating him to take the exam.

During the hearing on Friday, Bhati said the Centre has filed an affidavit in the matter.

The bench said it would hear the matter on March 28 and asked the apex court registry to circulated the affidavit along with the paper book of the case.

In its affidavit, the Centre has said that the Civil Services Examination (CSE) is conducted by the UPSC annually in accordance with the CSE Rules notified by the Department of Personnel and Training (DoPT) every year for a particular CSE.

It said the matter of compensatory/extra attempt has been adjudicated by the apex court in the past against the plea of hardships faced by the aspirants due to the COVID-19 pandemic, but it was not granted.

The affidavit referred to the judgement and order passed by the top court last year in February and July 2021 on separate pleas.

It said after the July last year order, a number of representations were received in the DoPT putting forth the same demand of compensatory/extra attempt.

“The matter has been considered and it has not been found feasible to change the existing provisions regarding number of attempts and age-limit in respect of the CSE,” it said.

The Centre said that any relaxation to age-limit and number of permissible attempts due to COVID-19 pandemic could lead to similar demands being made by other categories of candidates.

“It will also impinge on the chances of other candidates who are eligible as per the existing provisions because it will increase the number of candidates competing with such candidates. It will also lead to the similar demands by the candidates of other examinations conducted all over the country,” it said.

While seeking dismissal of the petition, it said the existing rules provide for fair opportunities to the aspirants to make an attempt at this examination to secure a placement in case one attempt is lost due to some exigencies.

Meanwhile, the petitioners have also filed a rejoinder affidavit in response to the affidavit filed by the UPSC in the matter.

The petitioners have said they did not fail to appear in the examination on their own volition and were forced not to appear in view of the guidelines laid down by the Ministry of Home Affairs and Ministry of Health and Family Welfare which specifically require a person affected by COVID-19 to undergo mandatory quarantine and isolation.

They have said that previously in 2014 and 2015, DoPT gave additional attempt due to sudden change in the syllabus.

The rejoinder affidavit, filed by advocate Shashank Singh, said the petitioners are entitled to a compensatory attempt in place of their missed last attempt due to COVID-19 and absence of policy for them.

In its affidavit filed in the apex court, the UPSC has said that any decision regarding age relaxation and compensatory/extra attempt in the civil services examination is a “policy matter” which falls under the domain of the DoPT.

While two of the three petitioners had to leave the main exam, held from January 7 to 16, in-between after appearing in some initial papers, the third aspirant could not appear in any of the papers due to COVID.

The petitioners have said that they tested positive for COVID-19 in the RTPCR test reports dated January 13, 14 and January 6 respectively.

The plea has said the petitioners could not take the UPSC mains examination after testing positive for COVID-19 and owing to the restrictions imposed under the strict quarantine guidelines of the government.

“Also, there was absence of any kind of policy of UPSC which could provide arrangements for such petitioners who were COVID positive during the span of mains examination or before it,” it said.

“The petitioners are approaching this court under Article 32 and seeking a direction to the Respondent/ UPSC to extend them an additional (extra) attempt to appear in the examination or in alternate, make some arrangement to appear in the rest of papers which the petitioners could not give before the publication of result of civil service mains examination 2021,” the plea said.

It claimed that absence of policy and no arrangement to accommodate COVID-19 positive petitioners to appear in the civil service mains examination 2021 have violated their rights, including that of under Article 14 (equality before law) of the Constitution of India.