Two cops, as many civilians killed in Sopore militant attack 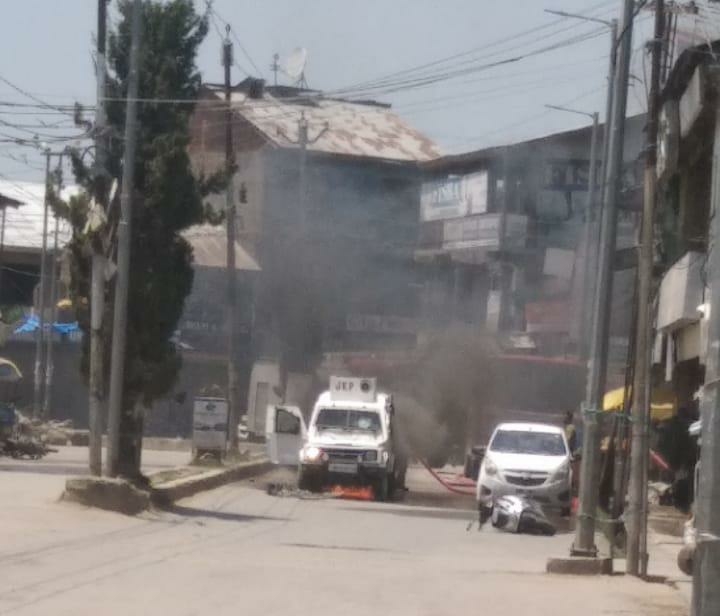 Srinagar: Two policemen and two civilians were killed and three others were injured after suspected militants opened fire at a police party in main chowk Sopore in North Kashmir’s Baramulla district on Saturday.

They said that all the injured were shifted to sub-district Sopore for treatment where two cops and two civilians were declared dead on arrival.

The officials sources said that three other were critical including two cops and a civilian and they were being treated at the hospital.

Meanwhile, hospital authorities at the hospital also confirmed that two cops and two civilians were brought dead to the hospital while three others were injured including two cops.