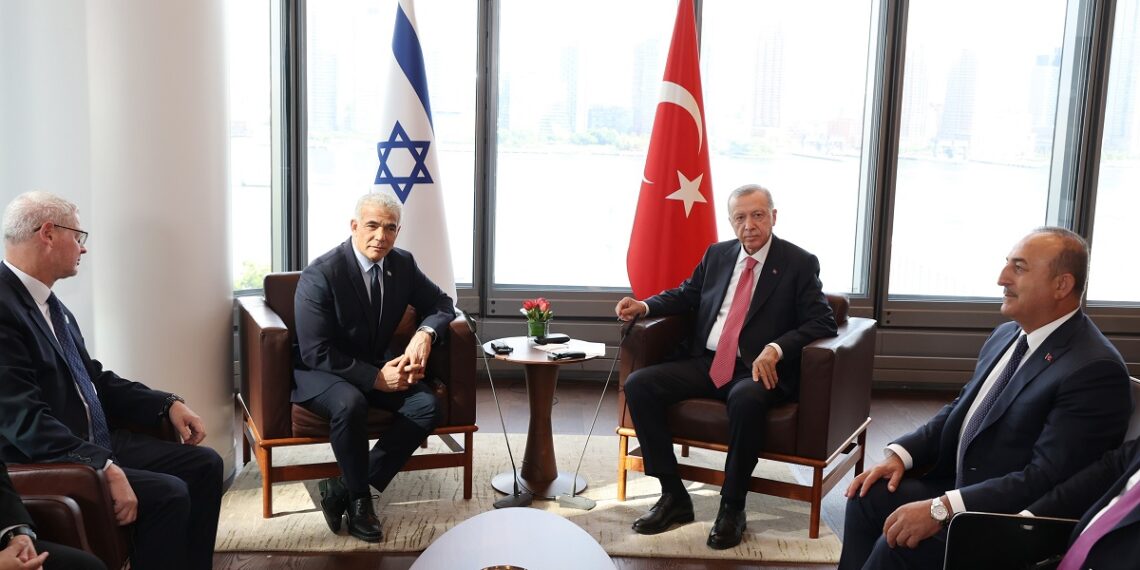 In a significant geo-political development, Israel’s prime minister has met with Turkey’s president for the first time in 14 years, with reports calling it the latest sign of warming ties between the two regional powers.

According to a report by the news agency Associated Press, the office of Israeli Prime Minister Yair Lapid said he met with Turkish President Recep Tayyip Erdogan on Tuesday, on the sidelines of the United Nations General Assembly, the largest annual gathering of world leaders now underway in New York.

In his meeting with Erdogan, Lapid said he “commended” the recent restoration of full diplomatic ties between the countries and the appointment this week of a new Israeli ambassador to Turkey.

The scene of Lapid, the Israeli caretaker prime minister until new elections in November, warmly greeting Erdogan could bolster his diplomatic credentials as an alternative to Israel’s longtime former Prime Minister Benjamin Netanyahu. Netanyahu has billed himself as a world-class statesman, but relations with Turkey deteriorated during his more than a decade in power.

Since Netanyahu left office last year, Erdogan has shown a willingness for warmer ties. Over years of strained relations, Erodgan has been an outspoken critic of Israeli policy toward the Palestinians. Israel, in turn, has objected to Turkey’s embrace of the Palestinian militant group Hamas, which rules the Gaza Strip.