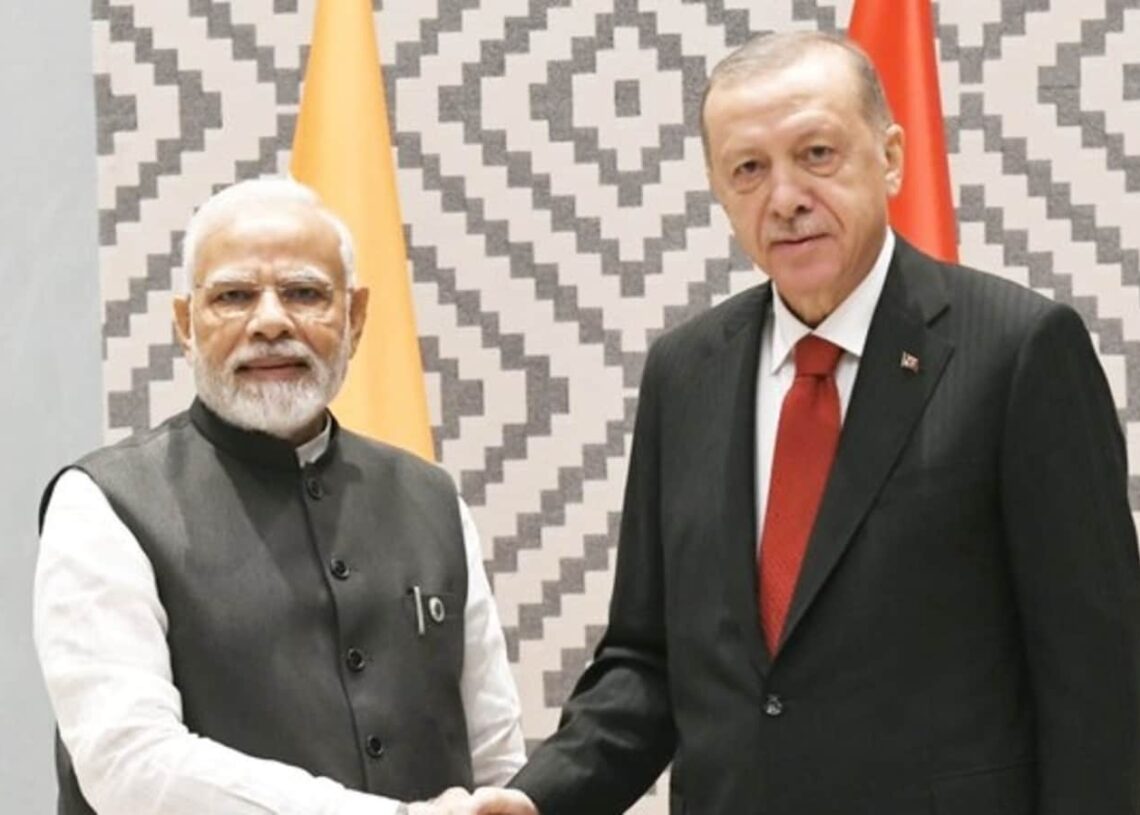 Turkey is one of the dialogue partners of the SCO, apart from Armenia, Azerbaijan, Cambodia, Nepal, and Sri Lanka, among others.

Both leaders decided to explore the possibility of a free trade agreement (FTA) that will open up greater business channels between them, diplomatic sources told ThePrint.

The Print reported that While some initial signs of the ice breaking could be seen when External Affairs Minister S. Jaishankar met his Turkish counterpart Mevlüt Çavuşoğlu at Dushanbe in Tajikistan in April 2021, this is the first time the leaders of the two countries met in person since President Erdoğan’s last visit to India in 2017.

“Met President @RTErdogan and reviewed the full range of bilateral relations between India and Turkey including ways to deepen economic linkages for the benefit of our people,” Modi tweeted.

Two-way trade in merchandise goods between India and Turkey reached USD 10.71 billion in 2021-22, exceeding the target both countries had set for 2020.

A member of NATO, Turkey had criticized the Modi government in 2019 at the UN General Assembly for its decision to scrap Article 370, revoking the special status of Jammu and Kashmir.

During his visit to Pakistan in 2020, Erdoğan had said that Ankara would support Islamabad on the Kashmir issue and likened the “struggle” of Kashmiris with that of his country during World War 1.

India had termed Turkey’s comments on Kashmir as a “gross interference in India’s internal affairs… and completely unacceptable”.

While both sides are now actively working towards finalizing a visit by PM Modi to Turkey, the country is heading for elections in June 2023 and Erdogan has already declared his bid to run for the top office once again.