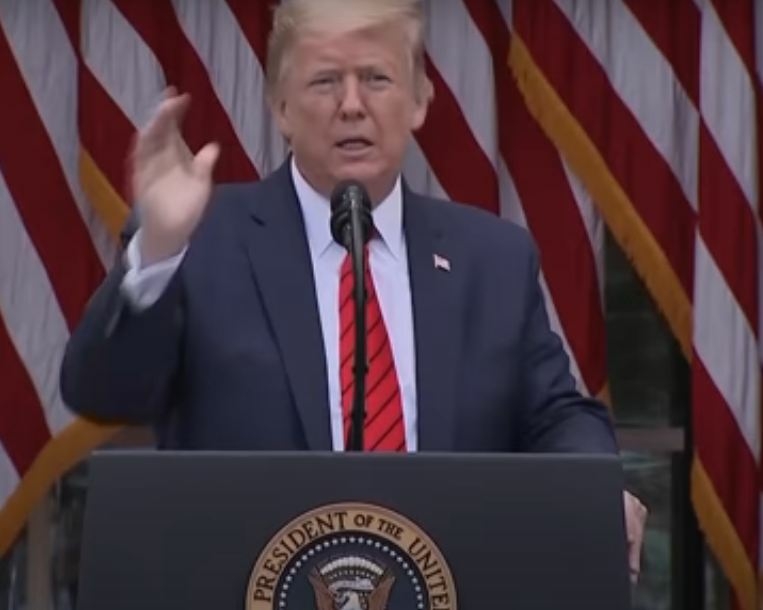 US President Donald Trump has confirmed that his administration has asked for the withdrawal of billions of dollars in American pension fund investments in China and that other similar actions were in consideration.

The US and China relations have deteriorated after the coronavirus outbreak. The US has expressed disappointment over Beijing’s handling of the coronavirus which has claimed over 80,000 lives in America. China has also been accused of stealing Intellectual Property and research work.

“Billions of dollars, billions… Yeah, I pulled it back,” Trump said on Fox Business News on Thursday when asked about reports that the US had pulled out billions of dollars of American pension funds in Chinese investment.

In another question, the president was asked whether he will force Chinese companies to follow all conditions for being listed at the New York Stock Exchange and the NASDAQ.

Chinese companies like Alibaba are listed on the New York Stock Exchange, but they do not report earnings — the way an American company does, the interviewer said. “We are looking at that very strongly. It’s pretty amazing but here’s the problem with that. Let’s say we do that, right? So what are they going to do? They are going to move their listing to London or someplace else. You see?” Trump said.

“Let’s say you want to get tough. You know everyone wants to be a tough guy. Look I am the toughest guy but what happens is they say ‘okay, we will move to London or we will go to Hong Kong’,” he said.

Meanwhile, China is mulling actions against US lawmakers who have introduced a legislation in the Senate proposing sanctions against China for its handling of the coronavirus outbreak, according to news reports.

“The Chinese government is lashing out at those who are appropriately trying to hold them accountable for intentionally misleading us about the nature of the novel coronavirus, where it was spreading and how quickly things were getting out of control. I consider their threats a badge of honour,” Congressman Jim Banks said.