Trump ready to mediate on Kashmir if asked by India, Pak: US 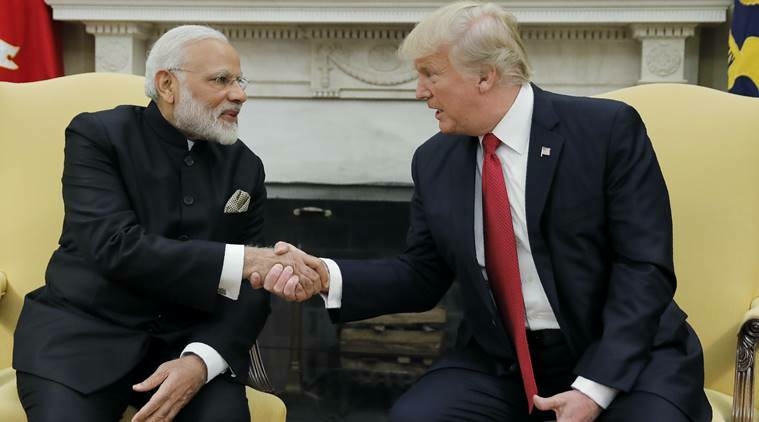 Washington: US President Donald Trump is ready to mediate between India and Pakistan on the issue of Kashmir only if asked by both the countries, a senior administration official said on Thursday reiterating that the onus for peace talks lies on Islamabad by taking sustained and irreversible actions against terrorist groups.

President Trump obviously has expressed his concern over the level of tension between India and Pakistan. And he discussed Kashmir directly in his meetings with Prime Ministers Modi  and Imran Khan, a senior State Department official said.

“He (Trump) certainly is prepared to play a mediation role, if both the countries ask. It has been India’s position not to seek outside mediation,” said the official in response to a question.

Requesting anonymity, the official said the US will continue to encourage an atmosphere that will allow for constructive dialogue, that also includes important steps that Pakistan will need to take to show there are irreversible and sustainable actions as one precludes the cross border terrorism that has hijacked earlier efforts at constructive bilateral dialogue between the two countries.

If the president is asked to mediate by both countries, he has expressed his willingness and his interests to help facilitate a solution, the official told a group of reporters when pressed further. India has been quite clear in Prime Minister Modi’s office saying that they are not seeking mediation, the official said.

That doesn’t mean that the US is not actively encouraging that a dialogue take place and that an atmosphere for constructive dialogue between the two countries be established, the official said.

The official termed the signing of Memorandum of Understanding on Kartarpur Corridor a welcome confidence building measure between India and Pakistan which will help increase people-to-people contact.

“While it’s a small step, we need more like this to also create the will, the goodwill and the environment for constructive dialogue,” the official said.

Asked if the US supports India’s position that “talks and terror cannot go together”, the official said it is important that Pakistan take “sustainable and irreversible steps against terrorism”. It is also possible to have a dialogue and the United States encourages the countries to engage as two nuclear powers living side by side, the official said.

When you have two nuclear powers that have fought to military conflict under a nuclear umbrella, it is important that your all avenues be explored to increase contact and communication between the two sides, the official said, adding that President Trump is engaged with leaders of both the countries.

Referring to the Howdy Modi event in Houston in September, the official said this demonstrated the very close partnership and friendship that the US has with India.

“The India-US strategic partnership has been growing over the last two and a half years. It is obviously part of a longer bipartisan two decade’s of effort to improve relations with India that has now reached a stage of confidence and maturity,” the official said.