Tributes paid to Agha Ashraf Ali: ‘His home can be a learning and research centre’ 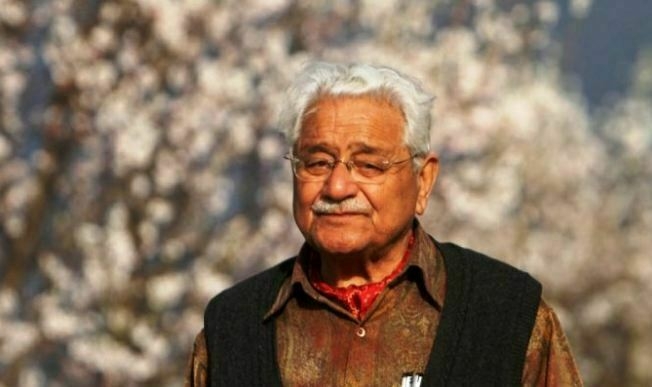 Srinagar: Rich tributes were paid to renowned educationist and scholar Agha Ashraf Ali during a function held at his residence in Rajbagh.

People from all walks of life paid glowing tributes to the son of the soil, Agha Ashraf Ali who passed away on Friday, August 7.

While presiding over the remembrance function, Senior Counsel Zaffar Shah said that Agha Ashraf Ali was a living legend who did tremendous work to educate the Muslim population of Kashmir.

He said that the name of Agha Ashraf Ali should not go unnoticed and government should name one educational institute of brilliance in his name, so that his legacy will be honoured for ever.

Zaffar Shah suggested to government and the heirs of late Agha Ashraf Ali to turn his house into a centre of learning, research or museum, whichever they might deem it proper.

“Our aim should be to keep him alive for our future generations to know. People should know and get inspired from the fact that how a single man laced with knowledge became a game changer in Kashmir. We need to recognise and honour our heroes,” said Zaffar Shah.

“This will be the biggest tribute to Agha Ashraf Ali,” he said.

The Private Schools Association while paying their tributes said that the person of the calibre of Agha Ashraf Ali is born once in a century and Kashmir was lucky to have him.

“He singlehandedly brought a revolution in educational sector in Kashmir. With the light of education he turned poor illiterate Muslims into educated, successful professionals who made their name in in their fields all across the world,” said G N Var president PSAJK.

“PSAJK had conferred on Agha Ashraf Ali, Teacher of Teacher awards in 2006 for his tremendous work,” he said.

The Association has decided to constitute Best Teachers Award in the name of Agha Ashraf Ali which will be given to an outstanding teacher every year on August 07.

“Different functions will also be held on the day and students will be reminded of the revolutionary work done by him,” said Var. “We also demand that the biography of Agha Ashraf Ali should be included in the school syllabus so that our students will be inspired to become change makers.”

Prof Zaman Azurda highlighted the role Agha Ashraf Ali played in awakening the Muslims of Kashmir. “Education was his weapon and he used it effectively,” said Azurda.