Transparency in Waqf functioning not interference in religion: Darakshan Andrabi 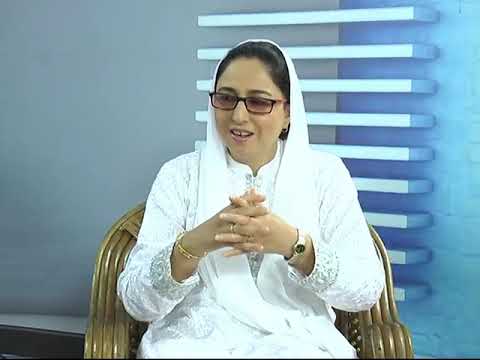 Srinagar: Jammu and Kashmir Waqf Board chairperson Dr. Darakhshan Andrabi on Monday regretted that some elements were trying to create a misconception over the order banning ‘forced’ donations in the Sufi shrines.

She also stated that attempts towards bringing transparency in the Waqf Board functioning should not be considered an interference in religious affairs.

“Unfortunately, some elements are trying to create a misconception over the order banning forced donations in the shrines. Attempts towards bringing transparency in the Waqf Board functioning should not be considered interference in religious affairs, as is being claimed by some people that have vested interests. Those who have looted the Waqf income and properties thinking it was their personal property will definitely oppose the move,” the Waqf chairperson told The Kashmir Monitor.

She said 70 percent of donations received by the shrines would go into the pockets of the people that were collecting ‘niyaz’ at the shrines.

“Around 70 percent of the donations at the shrines were taken by these people. We will not allow these illegal practices anymore. We will not allow them to do wrong practices. Some of the people that have ‘windows’ at the shrines are rich and others have retired from service but were still collecting donations. Some would even sell their ‘windows’ and spaces on staircases for hefty amounts,” she said.

Andrabi further said the Waqf would be able to construct hospitals and educational institutes only if it received the donations.

“We talk about why the Waqf has not built any hospital or university. How will this be possible if major donations do not reach the Waqf board and get gobbled up by these elements? Some are creating a misconception that we have prohibited donations but people can still donate for construction and maintenance purposes,” she said.

She expressed happiness that a majority of people in Jammu and Kashmir had welcomed the Waqf order. “People have welcomed the move and 99 percent are in favor of this order. Does religion allow a gazetted officer or retired officer to collect donations?” she said.

The Waqf order had earlier stated that the collection of donations illegally violated the sanctity of the shrines.

“Despite coming from a reasonably sound economic background, such people are permanently occupying particular spots within the shrines for their activities, and there are instances when such spots are being outsourced or contracted out against receipt of large sums of money, which violates the sacrosanctity of the Ziyarats,” the order of the Waqf Board had stated.