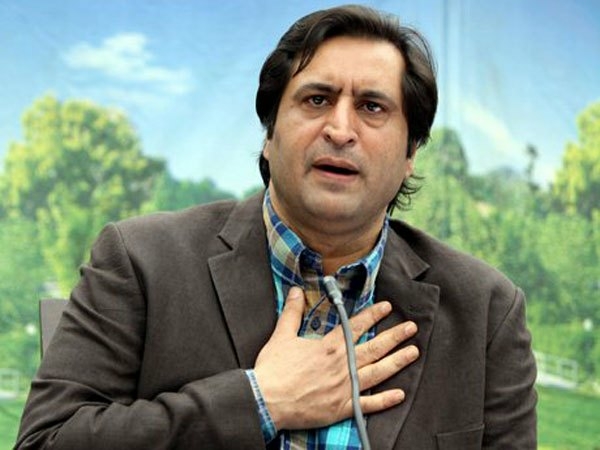 Srinagar, Feb 25: Peoples Conference Chairman Sajad Gani Lone Monday said that any attempts to tamper with Article 35-A is bound to result in a massive backlash for mainstream thought and result in disenchantment and disillusionment in the state.
“Any tinkering with the special status of J&K is not only intolerable and unacceptable but would also amount to the erosion of the mainstream thought and space in J&K. It is pertinent to understand that the State’s special status is an article of faith between the people of the state and the rest of the country and also a constitutional bridge that is paramount in its importance”, Sajad said in a statement.
He said that attempts to undo Article 35-A of the Indian Constitution would have far reaching consequences which will be detrimental to the relationship of J&K with rest of the country.
“Any efforts to dilute or further erode the state’s special status would result in disenchantment and disillusionment in the state and also render the mainstream space irrelevant and undermine its power of representation as far as the aspirations of people are concerned”, he added.
Reiterating his party’s commitment to safeguard states special status, PC senior vice president Abdul Gani Vakil said that Peoples Conference can go to any extent in order to protect Article 35 A and can take to streets if need arises.
“We will stand by all the people of the state irrespective of region, religion, caste or creed in defending Article 35-A and Article 370. We are also of the firm opinion that government of India needs to further strengthen the states special status and restore it to its original pristine form rather than even thinking about eroding it further. It is not in contravention and contradiction to the state’s accession to the union but is a manifestation of a unique and earned form of federalism that needs to be respected for all times to come”, he added.