This is the time to unite: AR Rahman on north-south debate 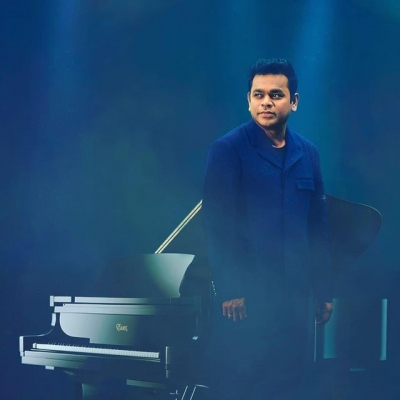 Chennai: Pointing out that it was very easy to divide people through art, Oscar-winner and one of India’s top music directors A.R. Rahman said that this was the time to unite and to celebrate differences.
Speaking at the CII-DAKSHIN South India Media and Entertainment Summit, where he was honoured with the Icon award, Rahman recalled an incident that had occurred in Malaysia seven years ago.
“I had gone to Malaysia some seven years ago. There, a nice Chinese gentleman told me, ‘You are from India?’ I like India. I like North India better. They are more fair. He said, “Their movies are much more charming.”
The music director said that the gentleman’s comments got him thinking and it made him wonder if the man had actually watched south Indian movies and why he made such a statement.
“It deeply disturbed me. Then, I discovered that what we need to do is we need to cast people with colour. Make them empowering and give them characters which will give them dignity. This is the most important thing that south Indians can do because we love our colour,” he said.
Rahman also went on to make it clear that be it south India or north India, India was India.
“For me, it doesn’t matter. Somebody does good here, north India benefits. Somebody does good there, we benefit. the borders are broken. If you look at Netflix, people watch Malayalam movies, Tamil movies everything… The borders are broken but we need to empower ourselves definitely. And through art, it is much more easier,” he said.
Rahman said, “Imagination should not be just for South Indians. Just for our culture. You need to show the world what minds we are and what culture we have in the most international way,” the music director pointed out before concluding his speech with a point on unity.
“It is very easy to divide people through art, through movies. This is the time to unite. This is the time to celebrate differences. This is the time to show the unity so that we can be more powerful and we can lead the world,” he said.