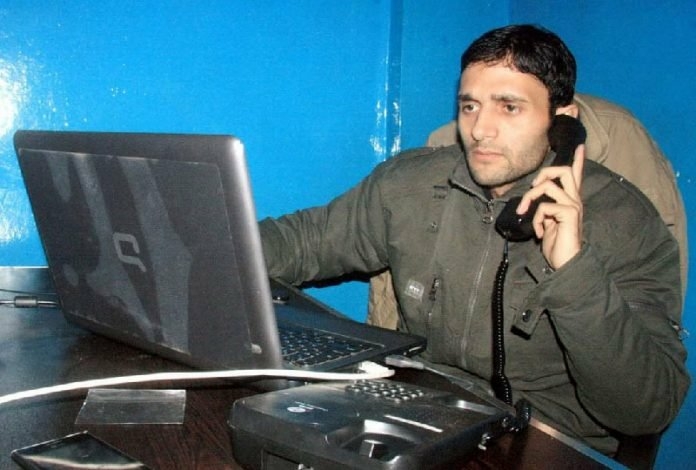 Srinagar: Tanveer-ul-Ahad, Editor-in-Chief of Global News Service (GNS) and Daily Kashmir Glory newspaper, was not only a colleague but also a dear friend to me and several other people. Always on the lookout for stories, he would often go the extra mile to help those in need.

Tanveer, or Tanu as friends would call him, had a knack for digging extraordinary details from even the shrewdest officials. Working under the most trying circumstances, he would often break exclusive stories.

As I recall, in 2017, he worked for several weeks on a story that eventually led to the arrest of a Handwara resident in Maharashtra, who had been impersonating as an Army doctor and a NASA scientist, and had abandoned five women after marrying them besides extorting money from people.

A senior police officer was so impressed by his reporting skills that he jokingly asked him to join the police as an investigation officer.  There are several other such stories Tanveer broke but never got the credit for since he never gave much importance to bylines.

Tanveer was instrumental in turning GNS into Jammu and Kashmir’s leading news agency with bare minimum resources at his disposal.

He was never afraid to ask hard questions or hold anyone to account. He did his job with dedication and passion.

On Saturday (May 9) evening, he called me to inform that he had been vomiting continuously.

A few hours later, I called on his number only to be informed by his brother that he had been shifted to Handwara hospital from his home in Muqam Shahwali, a Red Zone area with one of its neighbourhoods Anderhama being the most affected by COVID-19 in north Kashmir’s Kupwara district.

He was referred to SMHS hospital as doctors shy from attending patients from Red Zone for personal safety. Ironically, at SMHS hospital he was kept waiting by doctors even as some IV fluids were administrated to him initially.

Around 6 am on Monday, his father called on my number and I could hear Tanveer screaming. “Sir they kept the belt around my arm intact while administering IV fluids. My arm is bruised and swollen. Sir I may not be going to survive but please ensure continuity of GNS and Glory (Daily Kashmir Glory)”.

I tried to console him but the call dropped. His samples for COVID-19 were taken and returned by 4:30 pm on Monday but then too much time had been lost and the life-support mechanism proved inadequate.

He eventually breathed his last late in the night. His loss as human being is colossal and irreparable by every stretch of imagination.

Tanveer was born in Muqam Shahwali and spent his childhood there before arriving in Srinagar for a job. After stints with Alsafa, one of the leading bilingual daily of the times, and PBI, a prominent news agency of the time, Tanveer found Daily Kashmir Glory and later GNS. People in the fraternity would vouch for the correctness of information in GNS stories. We will try to maintain the sacredness of facts and unbiased news and try to live up to the last wish of Tanveer. The task at the hand is not easy but we are hopeful that with your support and blessings we will sail through these difficult times.

(The obituary has been written by a GNS Editor. The Kashmir Monitor team offers its sincere condolences and prays for peace to the departed soul)