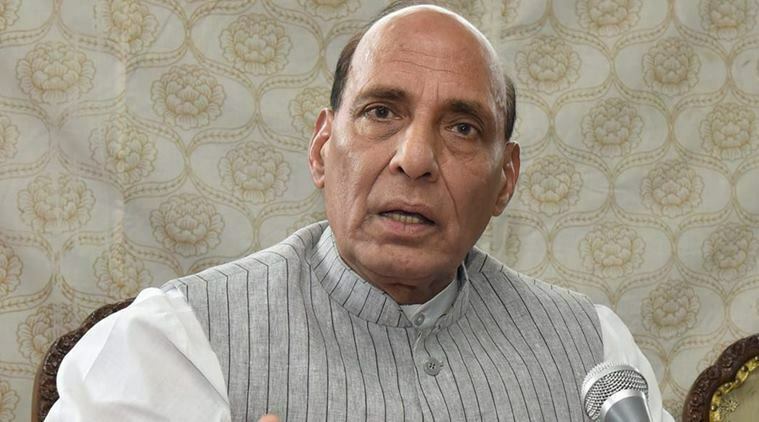 Sending a clear message to mischievous elements, Defence Minister Rajnath Singh on Thursday said Tableeghi Jamaat event in the capital and exodus of migrant labourers from some cities illustrate nothing more than “stray cases of human frailties”.

“The Tableeghi Jamaat event in the capital in March and the exodus of migrant labourers from some cities to their homes at the beginning of the lockdown were unfortunate, and yet they illustrate nothing more than stray cases of human frailties against a vast canvass of the whole population refraining from movement”, Singh said in a statement that was released by Press Information Bureau.

Singh is the first top political leader who has spoken about Tableegli issue upfront and silenced the elements who were trying to exploit the situation and communalize the COVID pandemic.

Extolling the leadership of Narendra Modi, he said the nation is fortunate to have a Prime Minister whose several qualities again came together in the right combination at this juncture.

“How shall we explain this miraculous show of self-restraint? The Indian psyche is part of the answer. So are our cultural traditions. There may be many more factors. Yet, the most crucial factor that brought them all together was the leadership of Prime Minister Narendra Modi,” he said.

Singh said the PM decided to impose the lockdown at a time when the number of infected patients was quite low. “Bringing the whole country to a halt and jamming the economy to save lives is an extremely hard call to take, as we know from the global response to COVID-19,” he said.

Defence Minister said Modi’s popularity ensured that the difficult decision was not opposed but welcomed, and people at large enthusiastically turned it into their movement.

“As we saw in the curtain-raiser to the lockdown, the Janta curfew meant the people on their own followed restrictions on movement. I can’t think of any other leader, in India or abroad, who could have successfully modified public behavior literally within hours. His appeals to people – first, about banging thalis as a gesture of gratitude towards doctors and others and later to light lamps as a symbol of solidarity and positivity – should also be evaluated in terms of the results they achieved,” he said.

Singh also praised state chief ministers, district magistrates/collectors, and health officials. “There indeed are several CMs who have done wonderful work. Many mayors and municipal commissioners have gone way beyond the call of duty to ensure the well-being of citizens.   In this new battle, our armed forces, police, and paramilitary forces have also risen to the occasion in ensuring order as well as in helping local authorities in providing succor”, he said.