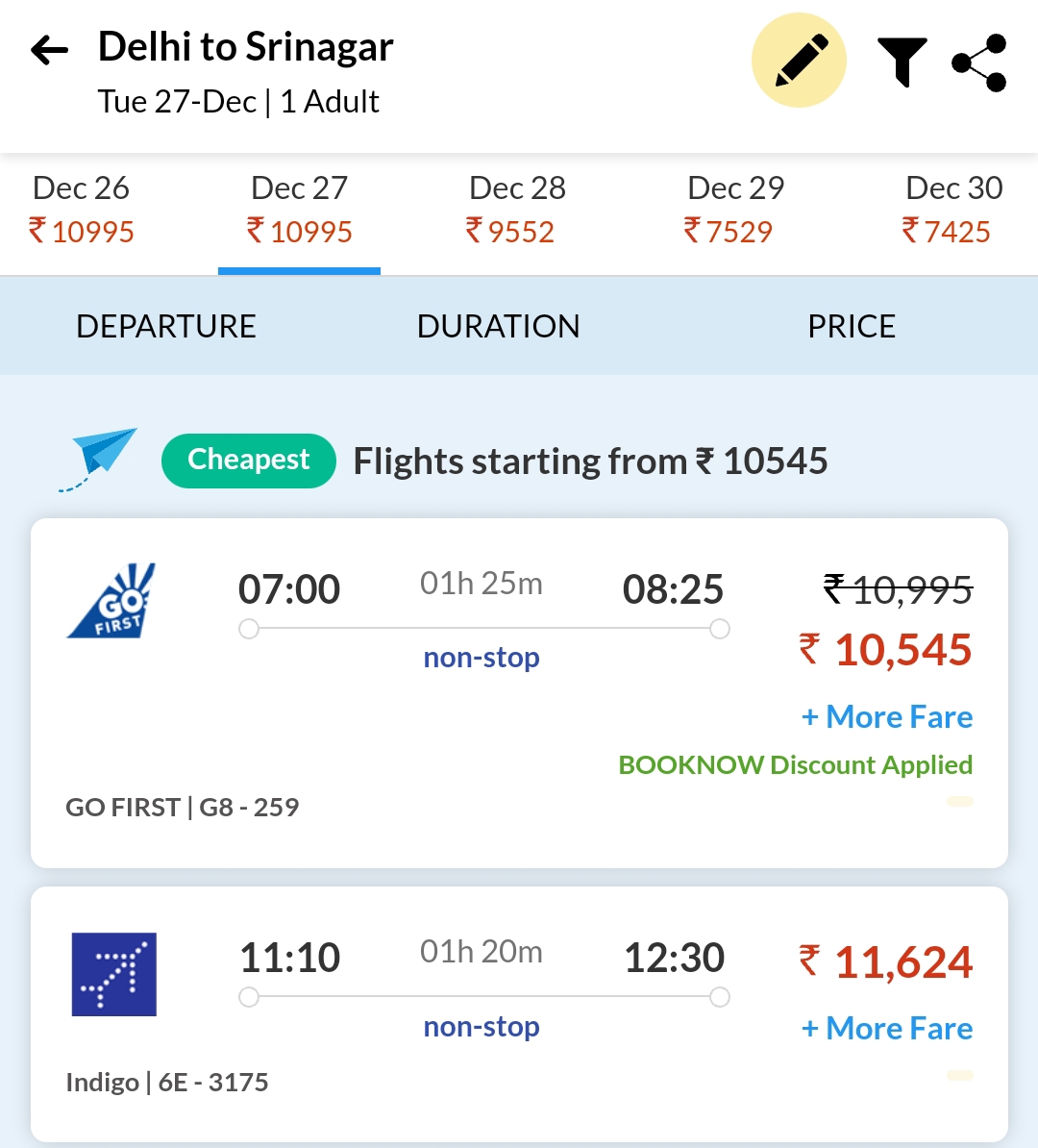 Srinagar: Panic has gripped tourism stakeholders after airfare to Kashmir surged by 40 percent in the last one week.

Similarly, airfare from Mumbai to Srinagar ranges between Rs 11,000 and Rs 12,000 for the current week. The fare has increased by more than Rs 6600 in the last one week.

A return ticket from Srinagar has increased by more than 55 percent. Against Rs 45,00 last week, airfare from Srinagar to New Delhi costs Rs 10,000-13000 for the current week.

Tourism players fear that the hike could divert the visitors to other destinations.

“It will certainly have a drastic impact on our tourism season. Currently, people want to travel to Kashmir. They give up their plans due to huge airfare. A trip to the Gulf is way much cheaper than a Kashmir tour package right now. It is just because of the airline companies,” said President Travel Agents Association of Kashmir (TAAK), Farooq Ahmad Kuthoo.

He said the tourism players will be meeting the civil aviation minister to request him to help in bringing down the fares. “We constantly speak on various forums and approach officials with our pleas. Srinagar-Jammu highway mostly remains closed during winter. Air connectivity is the only option. We hope that government will take any concrete step the check this hike in airfare,” Kuthoo said.

“The KCCI has given several suggestions to the authorities in this regard. We hope that effective action would now be taken. We appeal to the administration to put restrictions on the ever-increasing fares that deter tourism flow in Kashmir,” he said.

“The government is taking various measures. We will see what can be done to regulate it. We have made some arrangements to cater to the rush of passengers. More flights will be added soon,” he said.