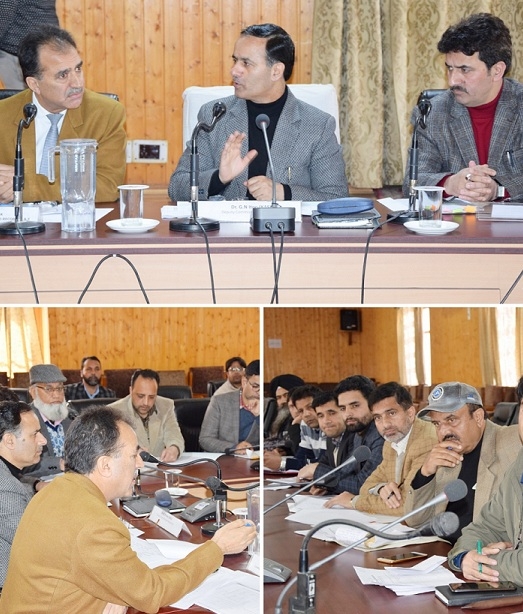 The meeting reviewed various revenue matters and other issues pertaining to revenue department, besides reviewing progress registered under digitization of land records, which is being carried out under Digital India Land Records Modernization programme (DLRMP).

The ACR informed the meeting that out of 544 revenue villages, Jamabandies for 413 villages have been prepared whereas the remaining is in various stages of completion.

Highlighting the role of Revenue officials, DC said that streamlining revenue records is the top priority of district administration. He urged the concerned to work with zeal and dedication for the better public service delivery.

The DDC directed for prioritizing Jamabandi works strictly in conformity with the standing instructions and said that updated Jamabandis are the pre-requisite for the implementation of the land records digitization project.

Commissioner Survey and Land Records called for accelerating the pace of digitization to realize the objectives of modernizing management of land records. He said that the government has set March 31, 2020 as deadline for the complete execution of the process and asked the concerned to put into extra efforts to meet the timeline.

It was informed that government has hired the services of private firm RAM TECH Software India for scanning and computerization of various old revenue records besides settlement operations.

Meanwhile, the Tehsildars put forth their demands with regard to the smooth functioning of the department wherein they were assured that their demands and grievances will be redressed on priority.