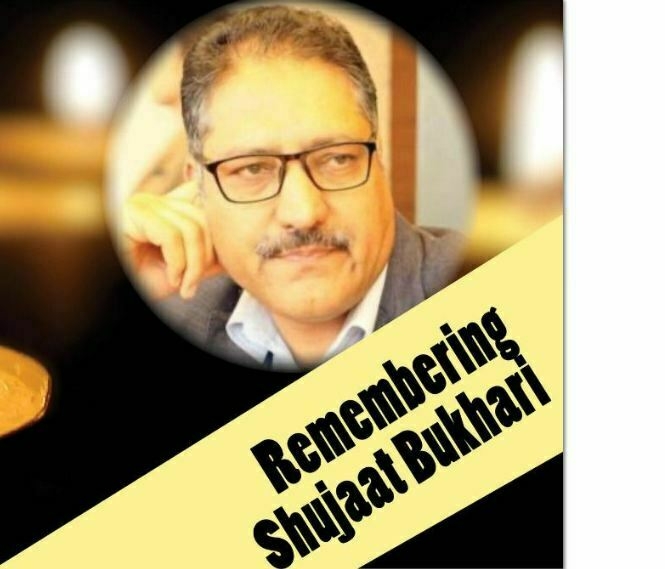 Shujaat was assassinated on June 14, 2018 right outside his office in Press Enclave Srinagar. Two of his security guards were also killed in the attack.

A well known personality among the media circles across the world, Shujaat was sprayed with a volley of bullets by the assailants.

In a statement, the club said it joins with Shujaat’s family and the journalist fraternity of Kashmir to pay tributes to a wonderful soul and a patron to many of the working journalists in Kashmir who have had the opportunity to work with him at ‘Rising Kashmir’.

“During his lifetime as a journalist, Shujaat always promoted sound journalism and worked hard in creating an enabling atmosphere for the budding journalists in the region by offering internships and job opportunities in the media organisation he founded,” KPC said in the statement.

It said that Shujaat’s dream was to lay “sound and strong foundations of journalism in Kashmir and throughout his life he worked hard towards that endeavour.”

“Many of the journalists who worked with him at Rising Kashmir describe and remember Shujaat as an affectionate and caring Editor, who was always in search of news and good stories,” the club said.

The KPC said it wanted to organise a function to remember Shujaat on his death anniversary but the raging Coronavirus pandemic forced the management to limit the activities to paying the tributes through the statement.

“The members of the management committee held an online meeting and paid tribute to Shujaat on his second anniversary. The Kashmir Press Club joins his family and all the journalist fraternity to demand an impartial and credible final investigation report into the FIR related to June 14, 2018 incident before the concerned trial court,” the statement read.