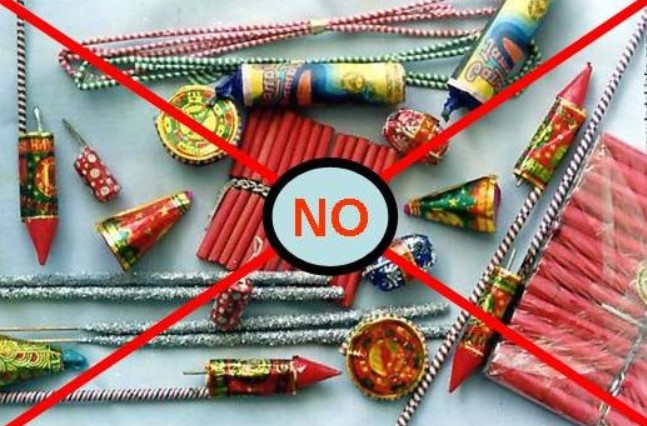 Srinagar: Green crackers are selling like hot cakes in Jammu this Diwali.

Despite complaints of overall depressed sales in the markets, people in good numbers are buying green crackers after a ban on firecrackers by the Jammu and Kashmir Pollution Control Committee (PCC).

“There is a ban on the sale of popular firecrackers like chocolate bomb, rocket bomb, chain cracker, seven shot, etc. We are not selling the same and are selling only green crackers. There are many new eco-friendly firecrackers in the markets like ‘merry go round’ that sell for Rs. 350 a box. Usually, crackers go up straightway before exploding in the sky but ‘merry go round’ goes up while making circles. We are even giving up to 40 per cent discount on green crackers,” said a shopkeeper at Kunjwani Talab area of Jammu.

A row of stalls selling green crackers have been set up at Kunjwani Talab for Diwali.

Several other shopkeepers too are selling green crackers especially for children but complained of depressed sales.

“We are only selling green crackers. These green crackers are eco-friendly and very much safe for children like this ‘pencil green cracker’. Though overall sales are down this Diwali due to a market slump and increase in petrol and diesel prices, people are buying crackers especially for children. However, I have only procured almost half the quantity of green crackers this Diwali as compared to previous years before Covid,” said Rohit Sharma, a shopkeeper at Bishna.

Earlier, the Jammu and Kashmir Pollution Control Committee (PCC) had issued directions for the sale and use of only green crackers in both Jammu and Srinagar cities.

The bursting of green/ improved firecrackers on Diwali or any other festival like Gurupurab, Christmas and New Year would be restricted to only two hours in the union territory from 8 pm to 10 pm, the PCC order had stated.

The PCC had also ordered a strict ban on firecrackers with harmful chemicals like Barium salts, Lithium, Mercury, Arsenic, Antimony and related chemicals.