She slept under sun for 30 minutes, woke up to find her skin look like plastic: Beautician Sirin Murad shares shocking experience 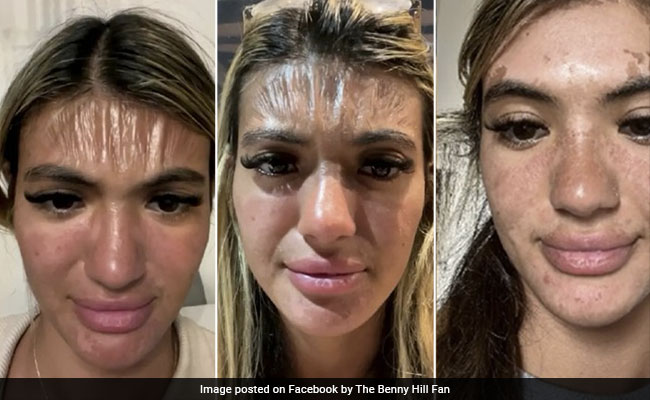 A beautician who rested in the sun for around 30 minutes was left shocked after her face skin looked like plastic.

Sirin Murad, 25, was on a vacation in Bulgaria when she slept under the sun forgetting to use either sunscreen or wear sunglasses.

After she woke up, Sirin realised that her face was sore and red but she thought it was nothing to be worried about. What shocked her, however, was when the next day her forehead skin started to look like plastic and began peeling off.

According to a reported by the Independent, after discussing the burn with her family, the beautician from the United Kingdom decided not to go to the doctor because she didn’t think it would get any worse. But as days went on, Ms Murad’s entire face began peeling, leaving her covered in different patches of tanned and pink skin.

As per Wales Online, Sirin Murad said, “At first it really didn’t feel like anything – it just felt a bit sore when I put pressure on it.”

“It really hurt the next day but I actually got some relief when it started peeling. It didn’t hurt and I felt much better. Weirdly, my skin is great now! It even feels better than before, almost like it’s renewed,” she added.

Following the painful experience, Ms Murad is now keen on spreading awareness of the importance of sunscreen. “No matter how much you think you’ll be fine or that your skin will not burn, always apply sunscreen!” she said as per the outlet.

This incident took place last month and since Ms Murad’s skin has cleared with only a few patches of discolouration on her cheeks.