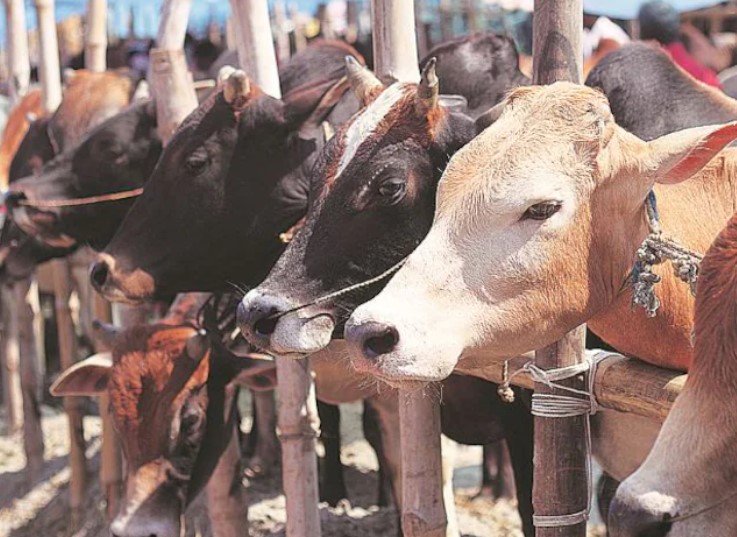 New Delhi, Aug 21: Over 7,300 cattle have died so far due to ‘lumpy skin disease’ in eight states including one union territory and vaccination drive has been stepped up to contain the infection, a senior government official said.

Lumpy skin disease (LSD) is a contagious viral disease that affects cattle. It is transmitted by blood-feeding insects, such as certain species of flies and mosquitoes, or ticks. It causes fever, nodules on the skin and can also lead to death.

LSD has recently spread in Asia following outbreaks in the Middle East and Europe. The disease emerged in Bangladesh in July 2019.

According to the official, India too saw the first case of LSD in the same year, 2019, in eastern states especially West Bengal and Odisha. But this year, the disease has been reported in western and northern states as well as in Andaman Nicobar.

“First, LSD was reported in Gujarat and it has spread to eight states/union territories now. Over 1.85 cattle have been affected so far and more than 7,300 cattle have died since the outbreak of the disease in July,” the official said.

There are reports of LSD infection in Haryana as well.

The official mentioned that the mortality rate of LSD is 1-2 per cent and it does not infect humans.

Currently, a vaccination drive is underway and 17.92 lakh cattle have been vaccinated so far in these states/UT, he added.

The official said central teams have been deputed to Punjab, and Gujarat for taking first hand stock of the outbreak of LSD and states have been asked to implement strictly the advisories and bio safety measures, restriction of movement and isolation of infected animals, monitoring of stray animals besides safe disposal of carcasses.

The state governments have set up control rooms toll free numbers to help address the issues of animal owners and spread awareness.

A control room has also been established in the ministry to address the concerns of state governments, the official said.

India, the world’s largest milk producer, had a cattle population of 192.5 million in 2019, as per the 19th Livestock census.