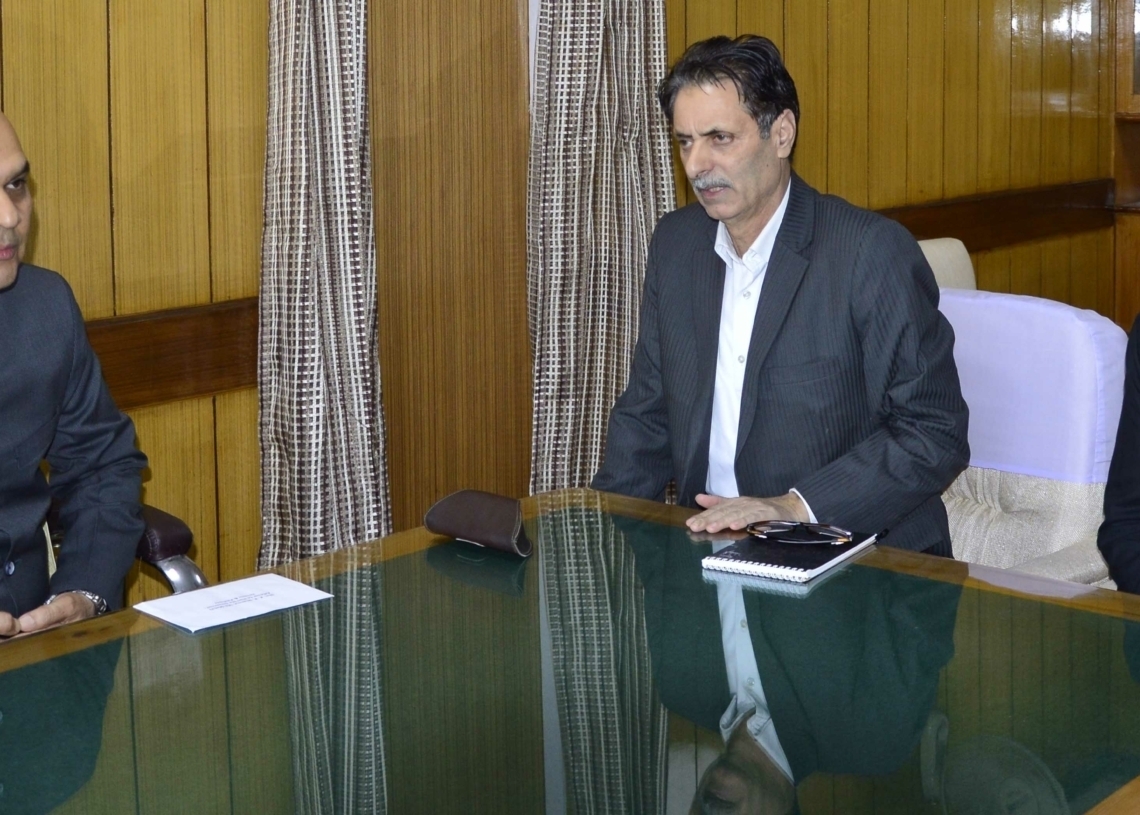 Srinagar, Nov 8: Kewal Krishan Sharma,who has served as Chief Secretary of Delhi and Goa, today assumed office as 4thAdvisor to the Governor Satya Pal Malik.
Governor already has three Advisors including B B Vyas, K Vijay Kumar and Khurshid Ahmad Ganai.
Sharma, a 1983 batch AGMUT Cadre IAS officer, belongs to Billawar town of district Kathua.
During his service career spanning around 30 years has held various positions. He was Union Secretary PWD during 2009 and was then promoted as Principal Secretary PWD. He also served as Secretary, Union Ministry of Human Resource Development (MHRD) before his retirement.
Sharma has also served as Advisor to the Administrator of Chandigarh before being appointed as Chief Secretary of Goa on 1 January 2015 and then Chief Secretary of Delhi on 3 March 2015.
Sharma is known to have played key role in implementing flagship projects in Delhi in the areas of Education and Health